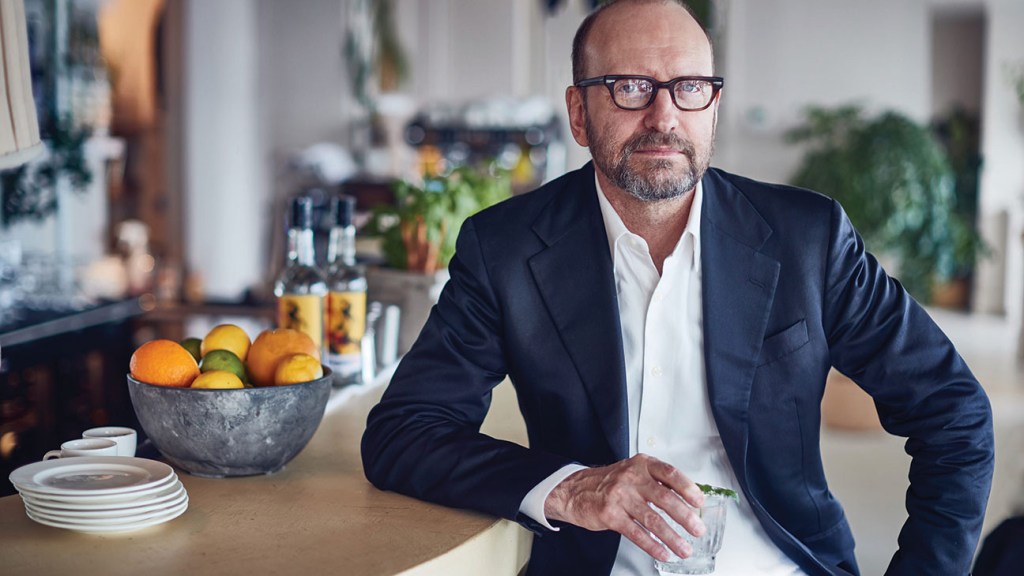 As an Oscar-winning director and screenwriter, Steven Soderbergh is inspired by an ever-expanding array of subjects. Environmental activists and epidemiologists are as integral to his oeuvre as drug traffickers and male strippers. But, as a local bon vivant, he’s shockingly predictable. “I would be the easiest person in the world to assassinate,” he tells The Hollywood Reporter. “Because I go to the same places constantly.”

Nonetheless, he’s gotten to know the Los Angeles food and beverage scene better than most. In 2014, he launched Singani 63 — his own expression of a brandy native to Bolivia that he discovered while filming the biopic Che. When he’s not busy making movies, he’s busy making sure his favorite venues are keeping the quaffable clear spirit in stock. You can find it in a tropically themed cocktail, The Kiddo — with mango puree, Rhine Hall mango brandy, pommeau, Korean chili and Aqua di Cedro liqueur — at Fanny’s at the new Academy Museum. Singani 63 is available online for purchase through Flaviar and Wine.com.

Soderbergh and his wife, screenwriter Jules Asner, split time between Manhattan and Los Feliz. When he’s on the West Coast, he’s usually tying one off at one of these spots.

“When we’re in Los Angeles, we’re in Los Feliz. Big Bar is so close to where we live. It’s not just that [my wife and I] are creatures of habit; we’re also lazy. But the fun thing is when I know someone behind the bar, I just say, ‘dealer’s choice,’ and they create something on the fly. I don’t know if Big Bar knew that I’m a process person, but their new drink Mr. Process is a heady mix of Singani 63, gin, Cointreau, Lychee shrub, lemon, absinthe, and Kombu Water.

“I never watched Cheers when it was on, but as I get older, I begin to understand the appeal of having a watering hole — or two — where people do know your name. It is very pleasant … to be a regular here and to be appreciated as a regular. Currently MessHall has the Hotel Kolifornia [blend of Singani 63, Ancho Verde, lemon, pineapple, and cane sugar] on the menu, which I like because it’s spicy in a way that activates my old person’s taste buds.”

“I’m there several times a month in the same booth. My wife and I are early eaters. We like getting out before things get crazy, and that bar gets busy quick. I’ve been going there for decades and you see the same people year after year, and I like that. I’m really just soaking up the century worth of history that permeates the premises. They opened in 1919, and they haven’t really changed anything since. I like the time-warp aspect of it.”

“If I’m going to go far west — which is very rare because once you’re on the Westside, you’re stuck there for a long time — there’s a joint where [Singani 63] is featured called Scopa. The back bar is unreal. Just a great place aesthetically; the menu is insane and the cocktail program is amazing. We love that place.”

“I haven’t been yet, but I’m due to go because one of my assistant directors, Isaac [Mejia], owns that joint. And they do have Singani there. I implied that his job status was tied to his willingness to take us on. (Laughs.) It was subtle — I worked on him for a couple of weeks — but he got the message: ‘Nice lemonade stand, it would be a shame if something happened to it.’ “

“This would be a solo thing. If I’m in town, I go every Saturday. I get the same thing every time, as soon as they see my car pull into the parking lot, they start making my order. By the time I’m at the counter they’re already ringing it up. So that’s fun. It’s the New Yorker Dog, split and grilled with spicy mustard, two fries, and a large Dr. Pepper. You’d be shocked at how many business meetings I’ve actually taken here. That’s where Channing [Tatum] and I came up with the plan to make the first Magic Mike film.”

A version of this story first appeared in the Dec. 15 issue of The Hollywood Reporter magazine. Click here to subscribe.