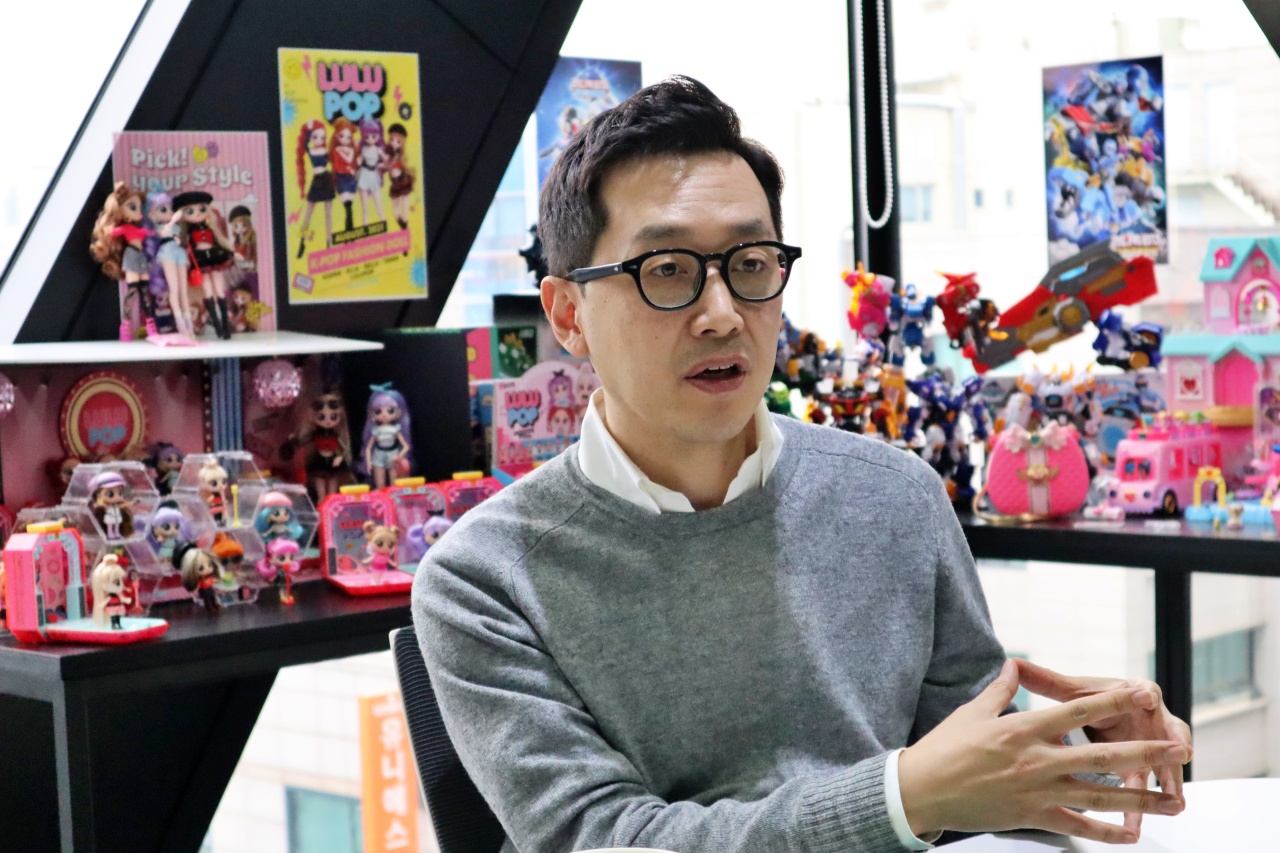 At the entrance of Korean content company SAMG Entertainment’s office in Gangnam, characters from the animation “Miniforce” greet visitors.

In a company meeting room, a group of toys from various animations catches the eye.

But SAMG Entertainment Vice President Choi Jae-won explains that it is not just a toymaker.

The Korean animation company started producing toys along with the animations after realizing the value of IP content back in 2016. Since then it has been proving its power both online and offline.

The company’s animation “Catch! Tinnieping” about a group of creatures living in a magical kingdom topped Netflix Korea’s trending kids’ category four days after the launch of its first season.

More than 2.7 million “Catch! Tinnieping” toys were sold since it was launched in April last year, topping popular toy charts on shopping platforms like Coupang and Gmarket.

“Before, we were not earning much money while companies that are doing business with our IP were benefiting. We thought there was something wrong (with our business model),” Choi said during an interview with The Korea Herald. “For instance, there is a vitamin product targeted at kids that comes with our ‘Miniforce’ toy on top. Moms usually buy them for kids after visiting hospitals. That vitamin product topped the market. But we did not benefit much from it.”

“Now we are a comprehensive content company, we produce our own products using our IP along with the animation.”

Choi went on, saying the value of IPs will only increase further in the future.

“I see that the final winner of the metaverse market is the one with IPs,” Choi said. “Because what matters more is what people will do on metaverse platforms and not the platform itself.”

“Kids want to meet Blackpink on a metaverse platform and take a photo with Jennie even if it is just 3D character and is not real,” Choi said. “Kids who grew up watching our animation would want to visit Miniforce’s headquarters and also the room of princesses from ‘Catch! Tinnieping’ on metaverse. We can make this possible.”

This is the reason why SAMG Entertainment is focusing on creating digitalized content that can adapt to various platforms freely.

He said it is almost impossible to create content that can conduct real-time communication and adapt to different platforms reflecting feedbacks with this technology.

The company’s vice president said that this issue can be solved by making game engine-based content.

When creating animation content using a game engine, it is not possible to create an animation that is as sophisticated as the one that is created through the rendering process, but it makes it possible to reflect feedback easily, he highlighted.

“Since we do not need time for rendering, we are open to a whole new kind of businesses,” Choi said. “Our ‘Lulu Pop’ mini version characters’ YouTube video contents are created with a game engine. This means the character can use social media, host home shopping programs, or teach online learning programs in the future. They can be used in different forms just like game characters.”

If metaverse adoption is the company’s long-term goal, Choi said the company is currently looking into the random toy market, which involves the selling of a collection of dolls that are packed without labels, and has launched its “Lulu Pop” characters recently.

“Annual sales of American brand LOL Surprise, which is conducting random toy business in the states, reaches around 4 trillion won ($3.37 billion),” Choi said. “This is a verified market in the US and there is also a similar successful company in China.”

What sets “Lulu Pop” characters apart from existing random toys in the market is that it has a K-pop artist theme, Choi said.

Choi said while the “Lulu Pop” characters’ expansion might be slower than K-pop’s rise, like many other animation content that usually have a longer lifespan, it is here to stay.

“Also they don’t have to serve in the military or get old. And they are digital assets so we can make them work 24/7.”