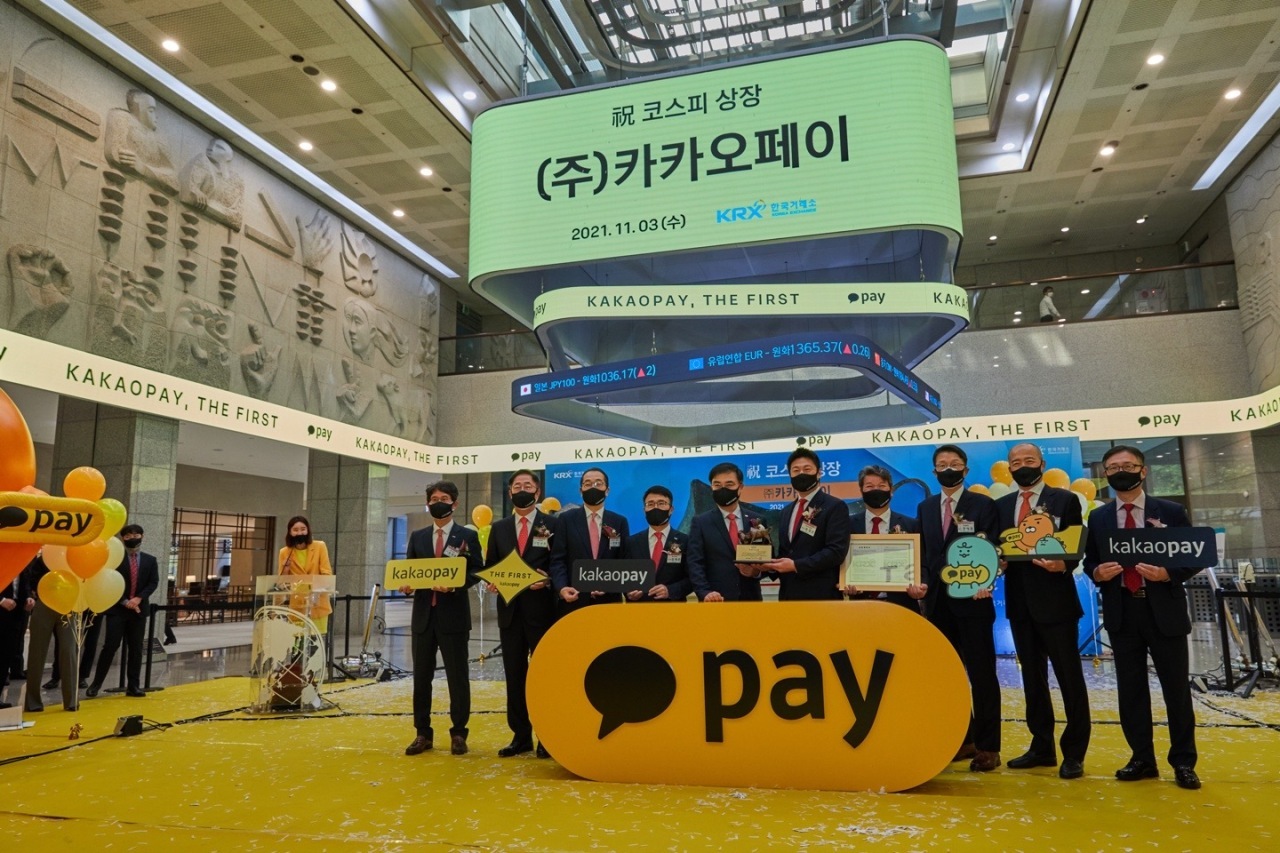 The hike mainly came from KakaoBank and Kakao Pay, the two subsidiaries the tech giant took public this year in one of the country’s biggest initial public offerings that has put their valuations at 30 trillion won and 24 trillion won, respectively.

Naver and Kakao, which saw their share prices peak this year on the key benchmark Kospi, had previously competed to become the third-largest company in South Korea by market cap, but their shares slid on fears over a regulatory crackdown.

Two week ago, the Financial Supervisory Service said it would work to prevent data monopoly by fintech firms, amid growing calls from financial services firms for tougher rules on internet companies trying to expand reach in the financial market.

Game maker Wemade, which was valued at 648 billion won last year, is now worth 5 trillion won on the junior Kosdaq exchange after the company published games using nonfungible tokens — a type of digital asset authenticated by the blockchain — amid growing interest in digital assets.

L&F, a parts manufacturer for lithium ion batteries that has a market value of 6 trillion won, made the top five on the Kosdaq this year. It placed 20th last year.

But local drugmakers like Celltrion saw a shrinking market value.

The country’s leading drugmaker with a market cap of 28 trillion won on the Kospi and Kosdaq combined lost almost 20 trillion won in market value over the year. Kosdaq peers like Seegene and HLB, once the third and fifth biggest drug makers by market cap, also saw their market value fall.