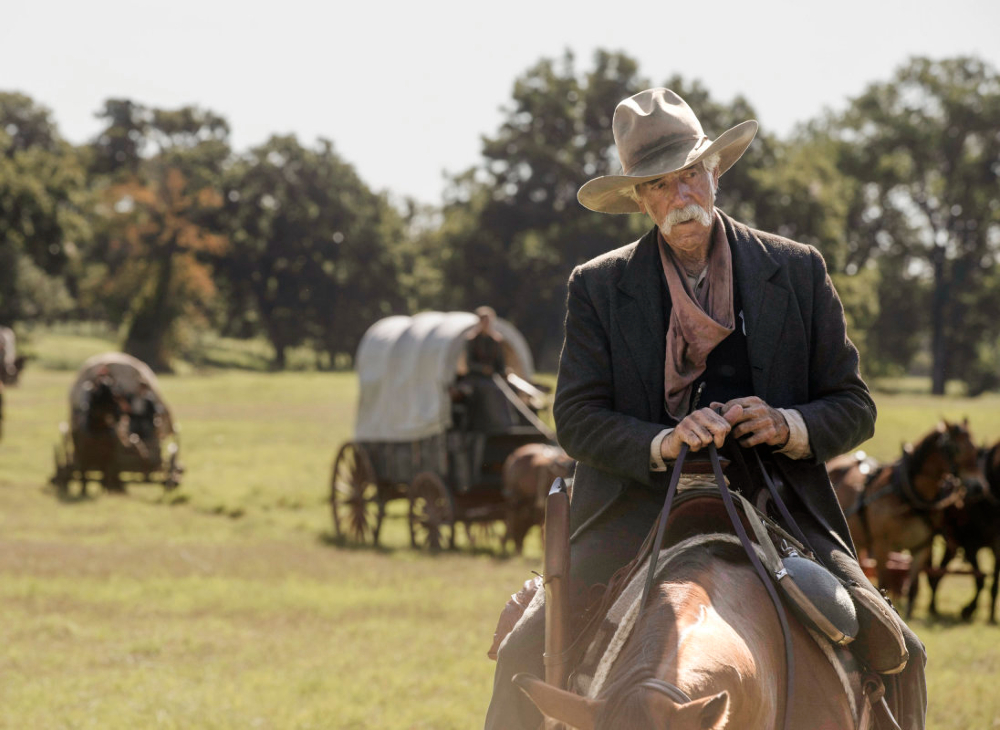 Dutton devotees can follow the family out West in 1883, the new Yellowstone prequel series that premieres Sunday, Dec. 19 at 9 p.m. ET/PT exclusively on Paramount+.

The original Paramount Network show debuted its fourth season in early November at record numbers and stars Kevin Costner as the modern-day John Dutton, whose ancestors are the subject of 1883. Helmed by Yellowstone co-creator Taylor Sheridan, the series trails cowboy Shea Brennan (Sam Elliott) as he guides James and Margaret Dutton (real-life country music power couple Tim McGraw and Faith Hill), their daughter Elsa (Isabel May) and other westward-bound settlers from Texas to Montana, with plenty of gun- and arrow-wielding perils in the Great Plains along the way, at least from the looks of the official trailer below.

Of the new Paramount+ series, Elliott told The Hollywood Reporter: “I have been in this game a long time; this is my 54th year in my career, and I have never worked on anything like this in terms of the scope and size. There are more horses, more wranglers and more production people than I’ve ever worked with. I’ve never worked on a show that has six cameras operating at the same time and a helicopter in the air. They’re getting their money’s worth.”

The only way to watch 1883 is on Paramount+, the exclusive streaming service of the ViacomCBS-owned Paramount Network series. It’s separate from the Paramount Network, which is available through cable and on-demand streaming platforms. You can watch Paramount+ on any device that supports the app, including smartphones, tablets and smart TVs.

Subscriptions are priced at $5 per month for the ad-supported Essential plan or $10 monthly for the ad-free Premium option; save when you sign up for an annual package ($50 or $100 per year, respectively). New subscribers will get a free 30-day trial if they sign up by Jan. 3, 2022; you can also opt for the Paramount+ and Showtime bundle that starts at $10 per month (so you’ll save 38 percent off) and includes access to live news, sports and thousands of movies and TV shows under the ViacomCBS umbrella. Note that pay-per-view events on Showtime require a separate fee. Paramount+ is also available as a channel on Amazon Prime Video.

How to Watch Yellowstone Online

Want to catch up on the modern-day Dutton family? You may need to lasso your remote around several channels. The current season of Yellowstone are on the Paramount Network, which is accessible through a cable package or via online streaming and live TV services including DirectTV Stream ($70 monthly), Hulu Live TV ($65 per month; first seven days free), Philo ($25 and up monthly) and YouTube Video ($55 monthly for the first three months for a limited time).

If you want to watch past seasons of Yellowstone, you’ll need to flip the channel to Peacock, which is available on the streamers above as well as FuboTV ($65 and up monthly) and Sling ($10 to $20 for the first month for a limited time).