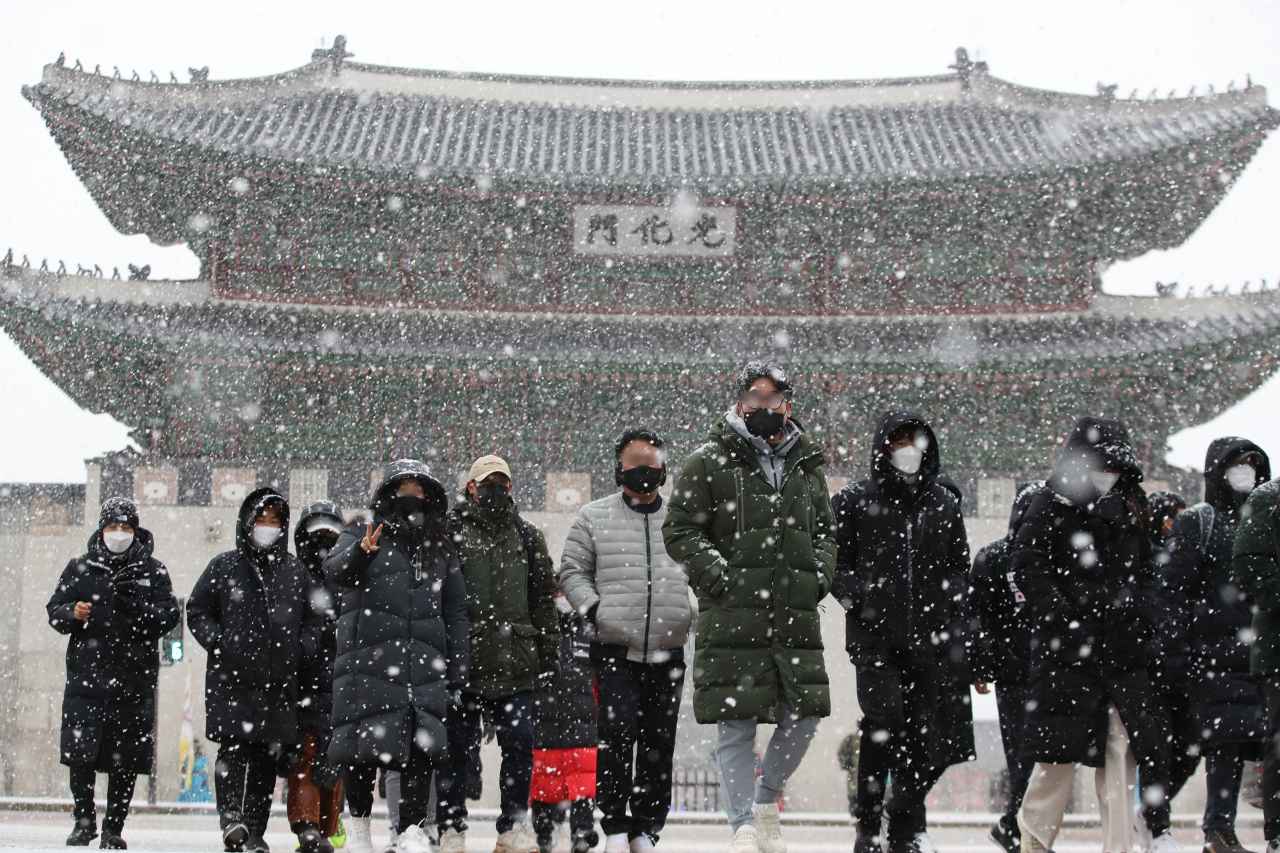 South Korea issued a heavy snow advisory in the greater Seoul area for the first time this winter, the weather agency said Saturday.

The Korea Meteorological Administration said the advisory went into effect in Seoul, the western port city of Incheon and some of the western parts of the greater Seoul area at 3 p.m.

The snowfall that began at around 1 p.m. is expected to gradually move east to affect the country’s capital region at 2-4 p.m. and the inland areas of Gangwon Province at 3-5 p.m.

Seoul, its surrounding areas, Gangwon Province and the mountainous regions on Jeju Island may see snow of up to 8 centimeters, while northern areas of Gyeonggi Province and Ulleung Island could experience up to 5 centimeters, according to the agency.

The KMA added that the country is likely to experience more snowfall Sunday and asked people to listen to the updated weather forecast.

At the same time, the entire nation came under the grip of the season’s coldest weather, pushing down Seoul’s daily low to the lowest temperature of the season.

The morning low reached minus 11 degrees Celsius in the capital at 7 a.m. Saturday, with morning lows in central regions falling below 0.

The cold wave is expected to begin easing Sunday, according to the weather agency. (Yonhap)