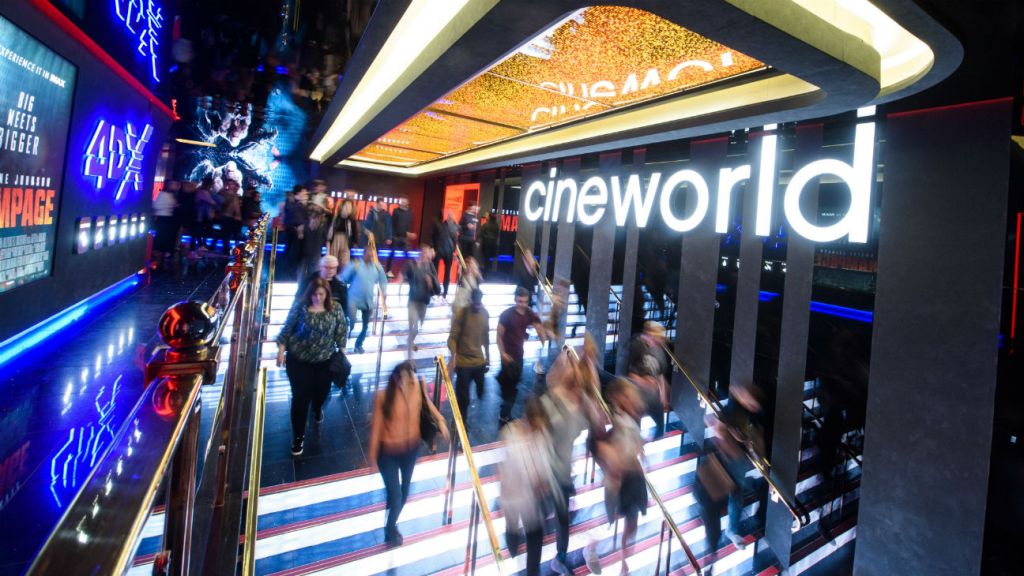 The eagerly anticipated film earned $10.1 million on Dec. 15, beating — by some margin — No Time To Die to become the country’s biggest opening day of the year, and the top Wednesday opening of all time.

But while cinema owners have rejoiced at the packed screenings and scenes of people queuing around blocks to get their shot of Spidey, the film landed just as the British entertainment industry began bracing itself for another catastrophe courtesy of the coronavirus pandemic.

The very same day No Way Home was smashing opening day records, COVID-19 cases hit a record high in the U.K. thanks to the rapidly spreading omicron variant, which has gripped the country in the lead up to Christmas. On Thursday, cases leapt by another 10,000 to 88,376 new daily infections, with health officials warning that this figure could reach 1 million per day without the right action.

But despite such warnings, no major official restrictions have been put in place and few believe prime minister Boris Johnson would ever consider returning the country to the multiple lockdowns of 2020 (a move that may well not pass through parliament, in any case). Instead, people have been — once again — encouraged to work from home and to “be cautious,” while mask-wearing has been made compulsory in larger indoor venues, such as cinemas and theaters. Tim Richards, the boss of cinema giant Vue, warned in an interview on Thursday that more “restrictions” were inevitable in the coming weeks to tackle the spread.

But until these are deployed, the government’s tactic so far has been accused of being “lockdown by stealth” by several politicians, effectively putting responsibility and decision-making in the public’s hands. And with people wary of becoming infected, facing a 10-day quarantine and ruining Christmas festivities with their families, many are simply staying away.

Although No Way Home may buck the trend, it’s clear distributors are — much like in early 2020 — getting the jitters about empty screenings and missed targets into the new year. On Tuesday, The Hollywood Reporter broke the news that Operation Mincemeat, the WWII spy drama starring Colin Firth, was being pushed by Warner Bros. from its Jan. 14 slot to April 22. Reuniting Firth with his The King’s Speech producers at See-Saw Films, the title is clearly skewed towards an older audience, an audience that has struggled to return to cinemas since the pandemic (as West Side Story’s under-performing box office has highlighted).

While no further release delays have yet been announced, the industry is keeping a close eye on similar titles gearing up for launch.

“I am worried about Belfast,” notes one cinema exec of Kenneth Branagh’s Oscar-tipped black-and-white drama, still officially due for release in the U.K. on Jan. 21. “And there’s a lot of ‘Event Cinema’ coming, where there is a risk to both the live shows and the encores.”

In the West End, the omicron surge is already proving to be disastrous during the, financially, most important period of the year.

Big-ticket productions such as the recently-opened Cabaret adaptation starring Eddie Redmayne and Jessie Buckley was this week forced to cancel its shows after a member of the backstage company tested positive. Elsewhere, Hamilton’s upcoming performances have been canceled after the show’s lead, Karl Queensborough, tested positive. Other impacted shows include The Lion King, Andrew Lloyd Webber’s Cinderella and Life of Pi, while theater ticket agency SeatPlan reportedly saw a 30 percent dip in sale overnight as soon as omicron was first reported as a serious threat.

For many in the industry, demanding masks in cinemas and theaters automatically marks them these venues out as dangerous, as opposed to restaurants and pubs, where no such rule is in place.

“The idea that it’s somehow safer to stand at a bar, talking to people, consuming alcohol and maybe shouting at the TV than it is to have an allocated seat in a well ventilated large cinema room, facing the same direction and not speaking much is hard to understand,” said one exhibition worker, who noted that as soon as the rule came into force there was a “spike” in cancellations of group booking. The COVID vaccine pass — already introduced in nightclubs — would be a “total death blow,” he adds, pointing to similar schemes in Europe where “admissions dropped by as much as 50 percent.”

While there may be an overriding sense of deja vu following the Christmas clampdown of 2020, there is one crucial difference. Last year, with the country in an official lockdown, there was a furlough scheme paying the wages of workers, plus various other financial initiatives put in place to help impacted businesses.

Although British chancellor Rishi Sunak has reportedly cut short a trip to California and is believed to be drawing up an emergency rescue package, as it currently stands the industry is dealing with a major crisis (one many say is due to the government’s own messaging), but with no support program there to assist them.

“The hospitality sector is facing a daily deteriorating situation as bad as anything faced before in this pandemic,” tweeted Kate Nicholls, CEO of lobbying group U.K. Hospitality, saying that cash grants and tax reliefs were needed.

Added the cinema exec: “Lockdown is impossible without the return of funding, and doing it ‘by stealth’ and frightening customers away will push a lot of very good business under the bus.”