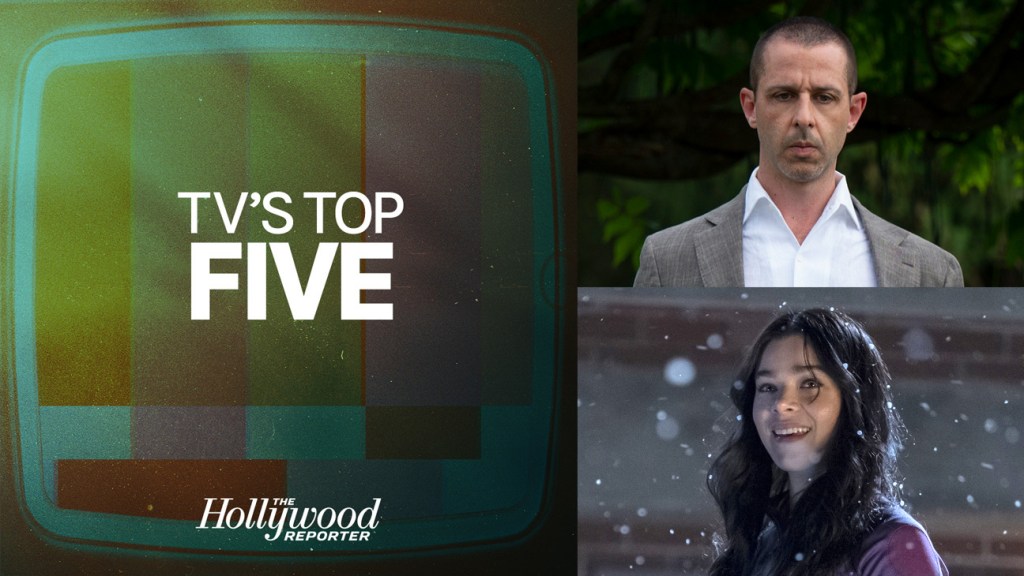 Every week, hosts Lesley Goldberg (West Coast TV editor) and Daniel Fienberg (chief TV critic) break down the latest TV news with context from the business and critical sides, welcome showrunners, executive and other guests, and provide a critical guide of what to watch (or skip, as the case may be).

This week’s episode is our supersized year in review, featuring two timely interviews and a look at the breakout performances and Dan’s best shows of the year list.

1. Headlines of the Year.
Jeopardy. Writers vs. their agents. IATSE vs. the AMPTP. Chris Harrison. Dave Chappelle. The Golden Globes. Those are just a few of the regular topics TV’s Top 5 covered in the year that was. In the 48 episodes that have come this year (and we still have our 2022 preview coming Dec. 31!), Dan and I have spoken with more than 50 showrunners, featuring a number of the creators behind some of 2021’s biggest comedies and dramas. This segment looks at the biggest headlines, memorable interviews and just so much more about the year that was.

2. Hailee Steinfeld’s big year.
This is the third time Dan and I have done a year in review episode, and we always like to include a non-showrunner interview featuring someone who had a particularly memorable 12 months (see Kaley Cuoco last year and Ramy Youssef in 2019). This year, we’re joined by Hailee Steinfeld, who opens up about bringing Dickinson to a conclusion, juggling work on the Apple Peabody-winning series alongside her MCU debut in Disney+ entry Hawkeye as well as voicing a role in Netflix’s Arcane. The actress also opens up about the future for Kate Bishop beyond Hawkeye, working with Florence Pugh and how she hopes viewers respond to the series finale of Dickinson.

3. Breakouts of 2021.
This segment features the shows, stars and showrunners who we loved in 2021. From the casts of The Sex Lives of College Girls, Reservation Dogs and Yellowjackets to the fresh voices behind We Are Lady Parts and Blindspotting, there were a lot of things we both loved in the year that was.

4. Showrunner Spotlight.
Was there a more highly anticipated returning show in 2021 than HBO’s Succession? Fresh off its headline-making season three finale, showrunner and series creator Jesse Armstrong joins Dan for a wide-ranging interview about Kendall’s confession, Tom’s allegiance and what’s next in season four.

5. Critic’s Corner.
Rather than a preview of what’s to come in the remaining weeks of the year, Dan instead offers a look at his top 10 TV shows of 2021. Succession made the list but its placement may surprise you. Tune in and hear the list as well as the 10 other shows that round out his top 20 programs. (Spoiler alert: there’s one broadcast show in the top 20.) And while I’m not a critic, I throw that out the window and offer some of my favorites of the year (though there’s no way I was going to attempt a ranking of my own.)

Hear it all now on TV’s Top 5. Be sure to subscribe to the podcast to never miss an episode. (Reviews welcome!) You can also email us with any topics or Mailbag questions you’d like to be addressed in future episodes at TVsTop5@THR.com.