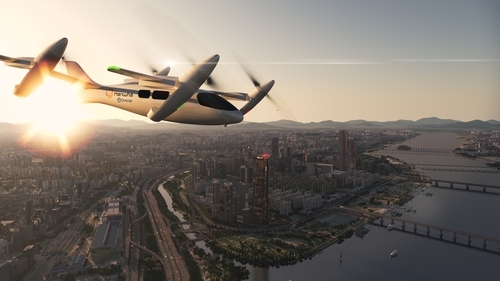 Overair, the California-based air taxi startup, signed a memorandum of understanding with Bristow on Thursday (local time), to collaborate on the development and commercialization plans for “Butterfly,” an all-electric vertical take-off and landing (eVTOL) aircraft, or “flying taxi.”

Bristow said in a press release it will work with Overair to “develop an operations development framework focusing on vehicle design considerations and key performance parameters,” among others.

Hanwha Systems, the defense and ICT unit of Hanwha Group, invested 30 billion won ($25.3 million) in Overair in 2020, which made the company its largest shareholder and a co-developer of Butterfly.

Unveiling the mock-up of Butterfly in November last year, Hanwha said it will offer the highest level of safety and efficiency as an urban air mobility (UAM), also known as an “air taxi.”

The UAM has also emerged as the next-generation mode of transportation due to its zero carbon emissions.

A Butterfly, if fully charged, can travel at a maximum speed of 320 kilometers per hour, meaning it can carry passengers from Gimpo International Airport in western Seoul to the eastern district of Jamsil in about 10-15 minutes, according to Hanwha.

Hanwha Systems plans to complete the development of the Butterfly aircraft by 2024 and aims to begin the test run of the Seoul-Gimpo route in 2025. (Yonhap)