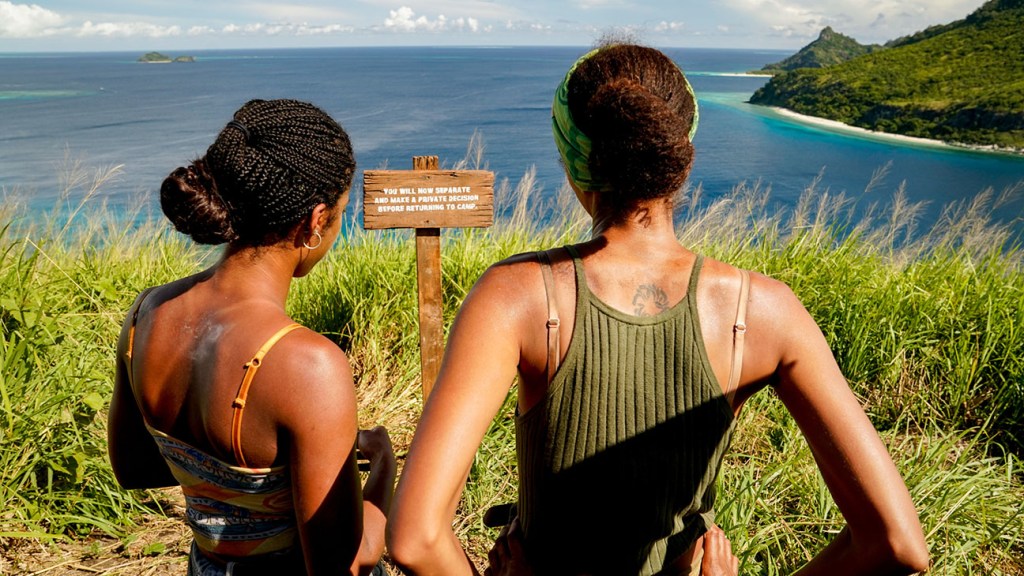 Survivor, on network television longer than Tom Brady has been playing professional football, still has the power to surprise. And we’re not talking about what’s been going down on some isolated island. No, in the show’s 41st season, a financial dispute that’s been haunting the hit since its inception just resulted in a reversal by a California appeals court. As a result, a television executive named Layne Leslie Britton just lost a nearly $500,000 judgment.

The dispute is complicated, but Britton sued producer Conrad Riggs, who once sued former partner Mark Burnett, who during the early days of Survivor, engaged in arbitration with CBS over compensation for Survivor, which premiered in 2000.

For Survivor, Burnett had a 50 percent share of advertising profits, and CBS wanted to cut that amount in half. When the series was first renewed, Burnett and CBS agreed to privately battle each other over a financial structure that could result in the show’s longevity. Burnett and CBS eventually worked it out, obviously.

Before that happened, though, Riggs and Burnett brought in Britton.

Britton tried to negotiate with CBS’ then-president Leslie Moonves and also suggested financial models to Riggs, preparing projected revenues for the show based on different assumptions. He also suggested possible solutions. For example, he’d write stuff like “There is nothing that says a license fee cannot include ratings performance payments.” Britton also helped Riggs and Burnett pitch other shows to other networks and gave them advice about certain contract disputes.

A graduate of UCLA Law School, admitted to the bar in 1981, Britton worked under a consultant agreement, and years later, the lawyer who had become an executive at NBC, CBS, and UPN, alleged being owed money for his Survivor work. Britton had been paid nearly $1.9 million. But through his lawsuit, Britton alleged that Riggs owed him an additional $16 million after successfully chasing Burnett for Survivor money.

Riggs responded that that Britton was working as an attorney, and that a contingency agreement for legal services should be void because it didn’t comply with California code.

The trial judge rejected Riggs’ counterclaim, agreeing that Britton was working as a consultant, and the case went to trial. Britton didn’t get $16 million. He got a jury award of $489,850. And his bid for a new trial was rejected.

But that’s not the end of this marathon dispute of alleged double-crossing because now a California appeals court has reversed the trial judge and wiped out the verdict.

Justice Gail Ruderman Feuer writes: “Riggs and [his company] Cloudbreak contend the trial court erred in determining they did not have an attorney-client relationship with Britton because the evidence shows Riggs sought legal advice from Britton (on behalf of Cloudbreak), and Britton provided it. Britton counters that his services consisted only of negotiating, providing economic models, and pitching new show ideas, none of which constituted the practice of law. Britton also argues the Agreement demonstrates he never agreed to act as Cloudbreak’s attorney. Riggs and Cloudbreak have the better argument.”

“[I]t is undisputed that some portion of Britton’s services consisted of conducting negotiations regarding Survivor and using his business connections to assist the sale of television shows in development by Riggs and Burnett,” continues Feuer. “But a substantial portion of Britton’s services involved providing advice on arbitration strategy, crafting legal arguments based on interpretation of the Survivor agreement, reviewing and critiquing letters drafted by Burnett’s counsel, and drafting a memorandum assessing the validity of [Survivor production company] Castaway’s claims, all of which are archetypal legal advice a lawyer would provide a client.”

The justice adds that it’s not important that Britton never appeared in court and never worked at a law firm. This was an attorney-client relationship. Because Britton was working as a lawyer, he had a duty to memorialize his contingency fee for related matters arising out of their relationship. The absence of such a written fee arrangement makes the contract voidable.