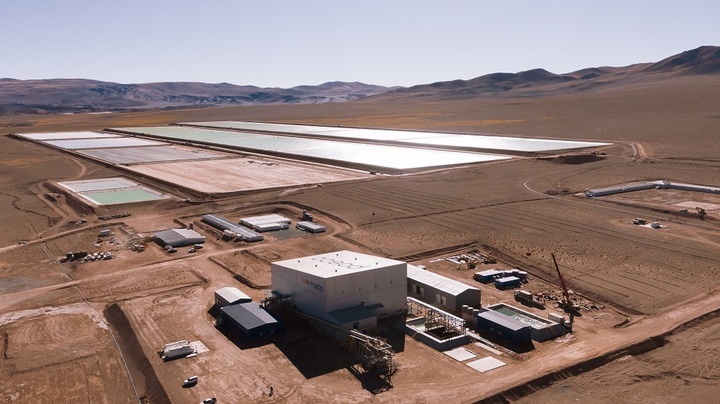 South Korean steelmaker Posco Group is pushing for commercialization of lithium hydroxide with saline water in the lake of Hombre Muerto, Argentina.

Posco announced Thursday that it got an approval from the board of executives for an investment project to commercialize lithium hydroxide production with the salt lithium of Hombre Muerto, a salt lake in Argentina last Friday.

A total of 950 billion won ($830 million) will be invested for infrastructure and operation of the lithium hydroxide plant.

The construction of the plant will begin in the first half of next year and once completed, which is expected to be around 2024, the plant will be able to produce an annual average of 25,000 tons of lithium.

Demands for lithium hydroxide has recently grown as it helps enhance driving distance of batteries used in electric vehicles, better than lithium carbonate.

Posco has been developing the technology to extract lithium in an environmental friendly way both from saline water and ore since 2010 when they began working on lithium production technology.

The company had acquired the Hombre Muerto lake in Argentina back in 2018 expecting lithium supply to go short in the near future.

After surveying the lake a second time, Posco found that the amount of lithium in the salt lake it had acquired was 13.5 million tons, six times what was initially estimated in 2018.

Posco had also been operating a demo plant near the salt lake for a year already to accumulate know-how and to foster experts on production.

The company aims to become an exclusive all-round lithium production player in South Korea that can extract lithium from saline water, ore, and used batteries for mass production.