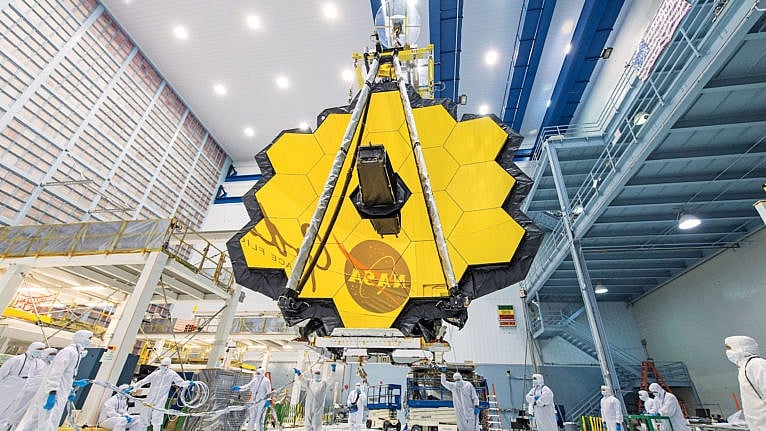 The Eagle touched down. And Neil Armstrong stepped out. And as millions of people watched the grainy footage on their TV sets, beamed down from a camera attached to the side of the spacecraft, he said the words we can all recite by rote more than half a century later: “That’s one small step for man. One giant leap for mankind.”

The original Star Trek series had wrapped up its three-year production six weeks earlier. Now, 52 years later, its nonagenarian star, William Shatner, has flown to the edge of space himself.

Shatner likely won’t be remembered as a pioneer, even though his brief journey outside the atmosphere was, not so long ago, the stuff of science fiction. His trip came at a time when earthly concerns felt much more pressing, and cynicism was running high.

“Giant corporations and billionaires have had a free ride for far too long. Sometimes they take that ride all the way to outer space,” tweeted politician Elizabeth Warren the day of the flight, alluding to Blue Origin’s Jeff Bezos (who invited Shatner onto his rocket) and Virgin Galactic’s Richard Branson. Prince William, in a BBC interview, argued: “We need some of the world’s greatest brains and minds fixed on trying to repair this planet, not trying to find the next place to go and live.”

The eye-rolling at the obvious PR stunt of putting Captain Kirk in space could be expected. But behind it, there was a kind of antipathy toward the idea of the final frontier. A feeling that it’s not so important, that there are bigger problems on the ground.

We’ve perhaps forgotten the enormity of the Cold War-driven ambition that put a man on the moon in the first place, and humanity’s abject awe at watching it happen. We’ve forgotten how much of our technology, from cellphones to mattresses, was developed because of the space race.

READ: A NASA engineer on Mars and life in the universe: ‘It would be very lonely if it were only us’

We take it for granted that rocket ships carry human beings—American and Russian colleagues, at that—to the International Space Station (ISS) at regular intervals. We are unsurprised by the idea that a robot like the NASA Perseverance rover can not only land on Mars, as it did in early 2021, but transmit high-quality images from 389 million km away.

Now is not the time to look inward and give up on space, says Gordon “Oz” Osinski, the founding director of Western University’s Institute for Earth and Space Exploration and an expert in planetary geology. And there are silver linings to its commercialization. Because of private companies’ interest in space, launches are now as much as 50 times less costly, allowing government agencies to outsource routine spaceflight (like cargo trips to the ISS) and focus on farther-flung missions.

“It’s a sign of how the space program has matured. We needed NASA and Russia in the ’60s to come up with these technologies. We needed the might of government,” Osinski says. That’s changed with private-sector involvement. “Why have NASA spend its money on that which has really become quite routine? Let’s let the space agencies do what they really do best, which is pushing the frontiers.”

There’s a lot to look forward to in the near future—missions that will expand our understanding of the solar system and beyond, and could yield new discoveries and technologies. Sara Mazrouei, a planetary scientist and science communicator based in Toronto, calls this “a golden era of space exploration.”

The powerful, $10-billion James Webb Space Telescope, a collaboration between NASA, the European Space Agency (ESA) and the Canadian Space Agency and scheduled to launch on December 18, will allow scientists to peer farther into the universe than ever before.

In February, NASA’s first Artemis mission will get underway with an uncrewed flight to the moon, paving the way for astronauts to conduct flybys and, eventually, for a crewed lunar base to be built.

In August, NASA’s Psyche mission is expected to launch en route to a metal asteroid between Mars and Jupiter that we know absolutely nothing about. Also this year, the ESA’s JUICE mission (short for JUpiter ICy moons Explorer) is planned to explore Jupiter and three Jovian moons, Ganymede, Callisto and Europa.

In 2023, NASA’s OSIRIS-REx mission will return to Earth with samples from near-Earth asteroid Bennu. Because Canada built one of the instruments, some of the samples will come home to our scientists.

Even if space exploration doesn’t excite the public the way it once did, there are myriad ways that people on the ground could be affected by what happens in space, from new tech being developed as a byproduct of aerospace engineering to private satellites providing global high-speed internet.

And as governments work to redefine the UN Outer Space Treaty, there are many important geostrategic and jurisdictional questions tied to the future of space and what we do with its vast potential resources. Earthly animosities could factor in, with China increasingly interested in space but secretive about its plans, and other countries, such as India, the United Arab Emirates and Israel, conducting ambitious space programs.

“Especially in the middle of the pandemic and the climate change crisis, there’s always a conversation of ‘Is this the best use of our money?’ Which I understand. If you’re struggling to provide food for your family at the end of the day, you’re not going to care about these billionaires going to space,” says Mazrouei.

In the year 2073, people probably won’t quote William Shatner the way we quote Neil Armstrong today. But he seems to have experienced the sort of epiphany Mazrouei is talking about.

“What I would love to do is to communicate, as much as possible, the jeopardy,” he said after leaving the capsule. “The vulnerability of everything. It’s so small. This air which is keeping us alive is thinner than your skin. It’s a sliver.”

In wonder, he described the contrast of the “black ugliness” above him and the blue below, the comfort of Mother Earth. “This is life. And that’s death.”

This article appears in print in the January 2022 issue of Maclean’s magazine with the headline, “A few more giant leaps.” Subscribe to the monthly print magazine here.