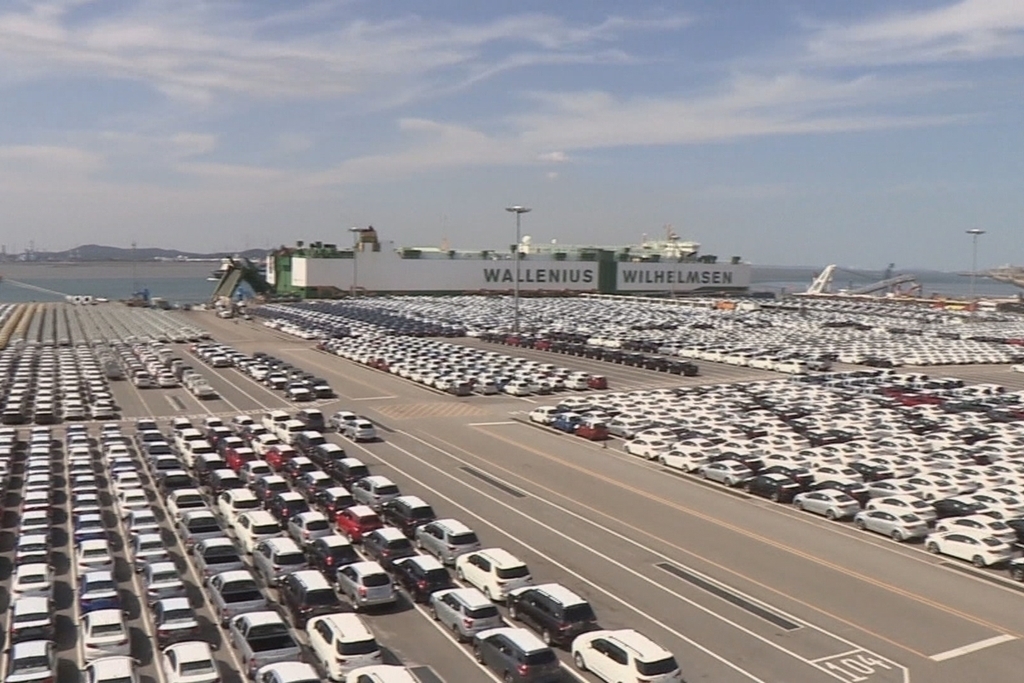 Outbound shipments of automobiles came to 178,994 units last month, down 4.7 percent from the same month a year earlier, according to the data from the Ministry of Trade, Industry and Energy.

In terms of value, however, exports advanced 3.3 percent to $4.12 billion in November, the largest monthly tally since April when the supply bottleneck of chips began.

The increase in value came as overseas shipments of eco-friendly vehicles surged to a record monthly high of $1.23 billion.

The cumulative amount of exported eco-friendly cars passed the $10 billion mark this year for the first time.

The data also showed overseas shipments of auto parts declined 2.2 percent from a year earlier to $1.84 billion in November