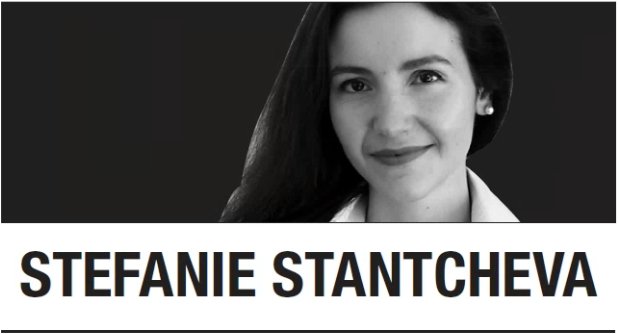 Debates about race have frequently dominated news coverage in (and about) the US, often following acts of racial violence or legal proceedings against their perpetrators. But while Americans’ attention to issues of race continues to ebb and flow with the news, there seems to be little agreement among citizens and policymakers on what, if anything, to do about them.

One stark and long-standing racial disparity is visible in the differences in socioeconomic outcomes for Black and white Americans. Six decades after the civil rights movement, median Black household income in the US is still only 60 percent of median white household income, and the share of Black Americans living below the poverty line is more than twice that of white Americans. Average life expectancy in the US is 4.5 years shorter for Black men than for white men, and three years shorter for Black women relative to white women. While home ownership among African Americans rose between 1940 and 1970, it is still barely half the level of white home ownership today. And many of these racial gaps are likely to have widened during the COVID-19 pandemic.

These disparities raise urgent political questions. What share of the US public recognizes the chasm, in terms of opportunities and outcomes, that exists between Black and white Americans? Might people agree that an active policy response is needed, but disagree on whether the response should focus on income-targeted redistribution or race-targeted interventions?

Two colleagues and I from the Social Economics Lab at Harvard recently analyzed survey responses from a large sample of Black and white Americans to determine what they know about racial inequities, what they believe causes them, and what (if anything) should be done about them. Not surprisingly, we found significant racial and partisan gaps in perceptions about the conditions facing, and the opportunities available to, African Americans.

But the biggest disagreements by far concern the causes of racial inequity and how to remedy them. These divisions are not mainly by race: It is not just about white and Black US respondents having different views. Considering only the average perceptions and attitudes among white respondents misses the importance of political leanings.

For example, along many dimensions, white Democrats were more aligned with Black Democrats than with white Republicans. Black and white Democrats are much more likely to attribute persistent racial gaps to systemic causes such as the legacy of slavery, long-standing discrimination and racism.

Moreover, we found that racial and partisan gaps are already prevalent among teenagers aged 13 to 17, whose views substantially align with their parents’ political affiliations — though they are sometimes even more polarized.

But there are apparent differences by race, too. Most notably, Black and white adolescents are deeply divided over support for reparations. White teenagers oppose preferential college admissions more than white adults do, perhaps because they believe that such policies affect them directly.

Previous studies have revealed that racial segregation and neighborhood characteristics (such as high poverty rates and significant racial bias) negatively affect African Americans’ social and economic prospects. In our study, we used granular data at the ZIP-code level to map perceptions, views and attitudes to specific local characteristics. We found that white adult respondents from areas with more Black residents and with larger racial gaps are more likely to attribute racial disparities to adverse circumstances, slavery, racism and discrimination; likewise, they are also more likely to support interventionist policies.

What, then, lies at the core of divergent attitudes toward redistributive policies? Is it beliefs about how large these inequities are, views about how much they matter, or perceptions of their ultimate causes?

To find out, we broke down the underlying factors that shape policy views. We found that it is not the perceived magnitudes of racial gaps, but rather their perceived causes, that have the highest predictive power.

Finally, we examined how providing information on racial inequities might affect respondents’ views. When given information about the Black-white earnings gap or the differences in social mobility for Black and white children, respondents tend to adjust their perceptions, but not their policy views. But after hearing an explanation of some of the long-standing and deep-rooted causes, respondents tend to offer more support for race-targeted and redistributive policies.

Nonetheless, beliefs about the causes of racial inequities are quite entrenched. While white Democrats tend to become more supportive of policies aimed at closing racial gaps once they are aware of the conditions confronting Black Americans, exposing Republicans to the same facts does not generate more support. In fact, some even respond to such information by deepening their opposition to interventionist policies. This contrary effect appears to be partly driven by the assumption that the information provided was itself biased in a partisan — left-wing — direction.

Americans’ views on racial inequities depend on many factors, including knowledge, news sources and long-standing narratives. While many people are at least somewhat aware of inequalities that correlate with race, they disagree deeply on the causes, how to address the problem and whether policymakers should even try. Information on the magnitude and severity of racial gaps does not change the narrative that respondents have in mind, often by the time they have reached adolescence. Explanations of the causes of racial gaps can be more effective. But the beliefs that are most polarized and most predictive of policy views are also the hardest ones to change.