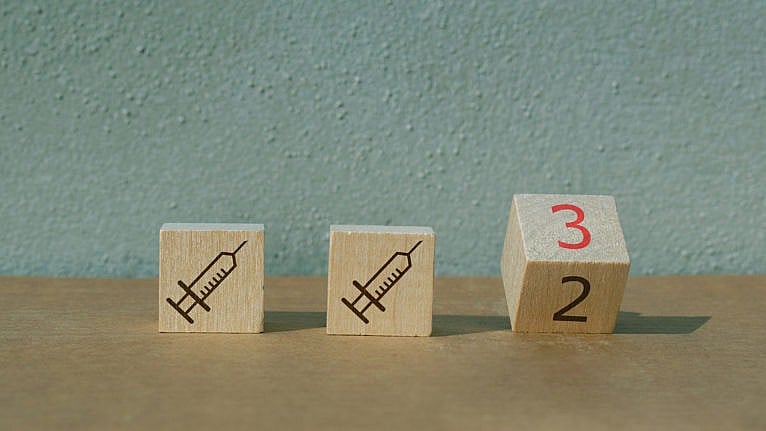 Most provinces off to a painfully slow start giving third doses of the vaccine, and one expert warns that new variant will make things ‘pretty ugly’

Dr. Andrew Morris isn’t surprised by the surge in COVID cases across the country, up from an average of 2,500 a day a month ago to 4,100 on Dec. 13. “I’ve been saying for a long, long time that we would be getting into this situation,” says the Toronto-based infectious disease specialist, “and there is no plausible situation where we will not have the same experience as Europe.”

Morris, who is medical director of the Sinai Health System-University Health Network Antimicrobial Stewardship Program, is referring to soaring case counts on the continent a few months ago. In Canada, he says, “we’ve been fooling ourselves to think we could avoid this, and it’s been put on steroids because of Omicron.”

READ: With the Omicron variant on the rise, should you attend your work Christmas party?

The gloom surrounding our pandemic situation has deepened in recent days. On Friday, Dec. 10, Dr. Theresa Tam, Canada’s chief public health officer, released new pandemic modelling, which forecasts around 7,500 cases a day by January, even if our transmission levels remain static. If transmission increases by as little as 15 per cent, or if the new Omicron variant is established, that same modelling projects more than 12,000 cases a day before New Year’s.

Omicron is definitely expanding quickly in Canada. On Dec. 12, Ontario’s Science Table estimated that the variant’s share of new cases in the province was 20 per cent, and that its case count was doubling every three days. The next day, that share had jumped to 30.8 per cent and its effective reproduction number (Rt) had climbed from 3.32 to 4.01 (meaning every infected person infects four others); in contrast, Delta’s Rt is 1.09. The rate of exponential growth is so quick that Omicron should overtake Delta as the most prevalent variant in a day or two, according to Dr. Peter Jüni, head of the Science Table.

As researchers learn more about the high transmissibility of Omicron, and as early data comes in on how vaccines are handling the newest variant of interest, the need to speed up third doses is becoming clearer. To Morris, being “fully vaccinated” now means having three doses of COVID-19 vaccines, plus 14 days.

Yet, the overall third-dose rollouts have been painfully slow: only seven per cent of Canada’s total population have received third doses, as of Dec. 13.

Percentage of total population with three doses of COVID-19 vaccine

Morris cites two big mistakes by Canadian governments in the past two months: minimizing the benefits of third dose; and what he calls a “silly strategy” of delaying rollouts of third doses until they saw evidence in this country of waning immunity from two doses of vaccine, even though there was evidence from around the world that such waning would hit us.

“Those errors have led us to where we are today,” he says. “There was zero benefit to waiting; now they have zero capacity to roll out immunizations.” Indeed, as demand soars, public health units are reporting that all available vaccine appointments have been booked until the New Year, though they are trying to open more slots.

“The public is tired, they want to get on and enjoy life,” explains Morris. “The real problem is that the government doesn’t know what to do. They don’t know how far to push the public, especially when they see that the health-care system capacity isn’t changing much.” Because hospitalizations and ICU admissions always lag rising case counts, Morris warns, governments might not act until it’s too late. (After a surge of COVID hospital admissions forced Kingston, Ont., to airlift ICU patients to other cities, it capped private gatherings at five people on Dec. 14. At the same time, indoor restaurant dining can continue, at least until 10 p.m. each evening.)

“If you’re only worried about your personal risk, there’s no reason why you can’t gather if you’re well protected,” says Morris, adding that “the ring of protection of the vaccines” should mean fewer cases of severe COVID, even as Omicron becomes more prevalent. He thinks that most people fully vaccinated with three doses probably won’t have symptoms, or will experience mild ones, if they contract COVID-19, while those with two doses will likely have a mild form of the disease.

“I’m fairly certain that people who, for whatever reason, are not being vaccinated will get COVID,” he states. “The question that we have now is: are they all going to get it at once because of Omicron, and will that be accelerated by [holiday] parties? Or will it be slower so our health care system won’t totally get walloped?” In addition, if governments don’t push out boosters “incredibly aggressively” and inform everyone of how they are going to slow transmission, he thinks it’s possible that pretty much everyone could get infected.

“The problem is that if we start seeing substantial numbers of outbreaks, or even faster-than-necessary spread of Omicron, this could end up putting a massive strain on the health-care system.” In the past five weeks, we’ve averaged a Rt value substantially higher than what was experienced last December, when the third wave crashed down on most of Canada, causing hospitals to be overburdened and prompting government lockdowns, explains Morris.

Now, the health care system is even more fragile, and he is more pessimistic than he’s ever been during this pandemic. When asked to describe Canada’s future, he uses two words:  “Pretty ugly.”