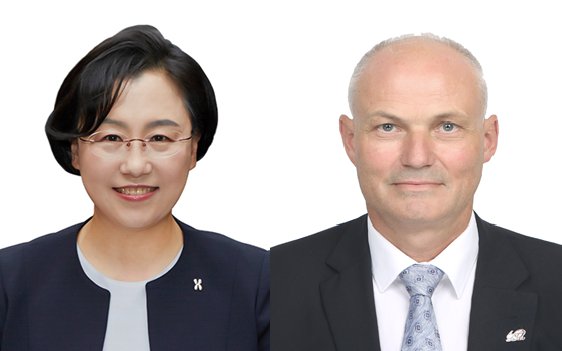 Globally, more than 970 million people live with a mental health disorder, corresponding to more than 1 in 10 people. Mental health is a challenge that concerns all nations and a large part of the population in our modern society.
The 2021 World Happiness Report by the United Nations saw Denmark ranked second. However, in Denmark, which has a population of about one-tenth the size of Korea, with 5.8 million people, it is estimated that 8 percent of the population has depression and 25 percent of all contact with a general practitioner is related to issues with mental health. Likewise, the Korean population faces mental health challenges and continues to have the highest suicide rate among OECD countries. We need to work together to support the mental health well-being, care, and treatment of our people.
In Korea and Denmark, we strive to improve mental health for all citizens. We aim to break down stigma, secure prevention, and provide early treatment. We have seen good results when taking a holistic approach where we include not only the individual but also the family, work life, and surroundings.
In Korea, the following initiatives are in place:
In July 2021, the Ministry of Science and ICT supported a project to develop a digital treatment platform to prevent mental illness such as depression.
In 2016, the National Assembly Suicide Prevention Forum was established with an aim to increase the awareness of mental health challenges and to reduce the number of suicides.
Since 2013, the Ministry of Health and Welfare has been implementing the “‘Emergency room-based follow-up management project for people attempting suicide” to systematically manage and prevent a recurrence of suicides. It also acts as a pilot to help patients settle down in their communities. HIRA supports the ministry’s projects by developing fee schedules such as those involved in evaluation, case management plan establishment, emergency observation, and referral for the reimbursement of new projects.
In 2012, the National Youth Healing Center was established under the Ministry of Gender Equality and Family. The center helps young people who suffer from mental health issues with treatment programs.
Denmark also supports mental health in the following ways: First, the fight against stigma. Denmark acknowledges the need to continue to eliminate stigma against mental health disorders. The work of advocacy and patient organizations such as “One of Us” in Denmark, as well as international celebrations like World Mental Health Day act as important ways of eliminating stigma and educating the general public on mental health.
Second, early intervention. Most mental health disorders appear in childhood and young adulthood. It’s been proven that the earlier a person with a disorder accesses appropriate mental healthcare and treatment, the better their chances of recovery will be. In Denmark, the “Mind My Mind” program offers psychological treatment to children aged 6 to 16.
Third, suicide prevention. On average, one person dies by suicide every 40 seconds in the world. Suicide is preventable. Denmark established several suicide prevention clinics around the country in 2007, which has since then contributed to significant reductions in the rate of self-harm and suicide.
There’s a saying that goes, “Every cloud has a silver lining.” This is true even for the COVID-19 pandemic. New treatments and medication have been developed at a rapid speed. Countries have been sharing information and best practices on a scale rarely seen before. The use of video and teleconsultation solutions have been expanded, thereby lowering the barriers for those who would find it difficult to visit medical facilities, including mental health care facilities. The importance of mental health care and proactively seeking help in daily life is also being emphasized.
We should continue to prioritize the prevention, early detection and intervention, as well as the treatment of mental health disorders even after the pandemic. To this end, we look forward to partnering with key institutions and stakeholders in Denmark and Korea on this important topic.

Dr. Kim Sun-min is the executive director of HIRA and the chair of the OECD Healthcare Quality and Outcome Working Group. Einar Jensen is Denmark’s ambassador to Korea. — Ed.