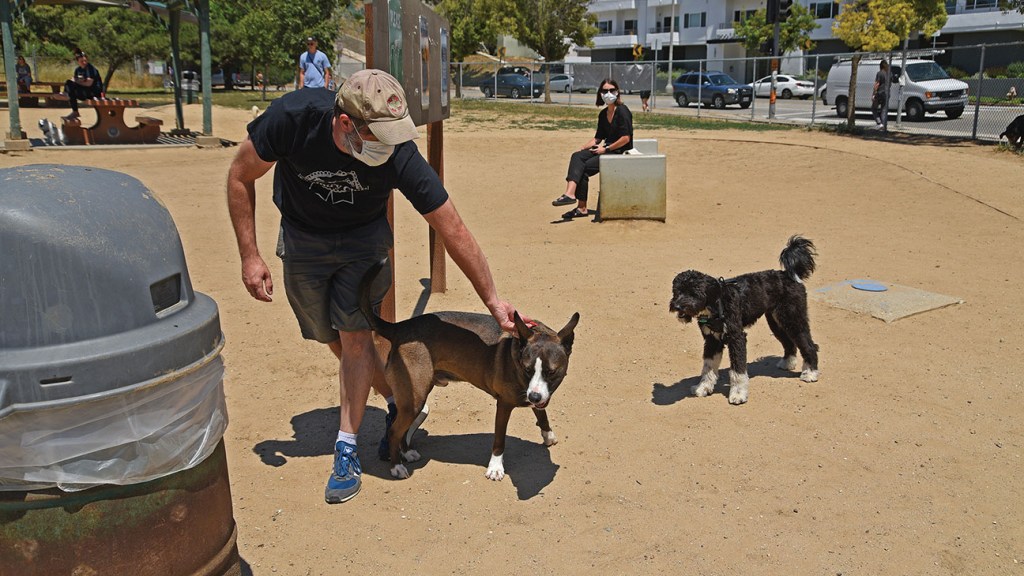 Amid the push to get COVID-19 vaccine boosters, Hollywood dog owners are rushing to protect not only themselves from the threat of pandemic but their furry friends as well.

However, the pup vaccine they’re looking to get isn’t made by Pfizer or Moderna — it’s a vaccination to protect against a recent outbreak of leptospirosis among dogs in the Los Angeles and New York City areas.

While veterinary hospitals in urban areas usually see around 15 to 20 cases of this transmitted disease a year, a recent uptick has shown more than 100 cases in L.A. and New York, just over the course of the past few months. An infection can cause lack of appetite, fever, vomiting, lethargy, diarrhea, dehydration and, in more severe cases, kidney and liver failure, requiring 24-hour hospitalization for several days.

The particular strain behind this outbreak passes from dogs to other dogs. “So it’s likely being transmitted at dog parks, day-care facilities, boarding kennels and other highly social areas for dogs,” says VCA Regional medical director Dr. Silene St. Bernard. Many indoor dog play places around L.A., as well as veterinarians, have been sending out alerts to their clients to make sure they vaccinate their four-legged friends.

That means Hollywood dog owners are working to stay on top of yet another vaccine protocol, as dogs need two shots spaced about three weeks apart. Says TV producer Tamara Rawitt, a dog owner and resident of Pacific Palisades, California, “One woman raced up to me in the dog park and said, ‘Between my three shots and his two shots, I have to hire an assistant to schedule it all.’” She adds that recently she also encountered “one woman who had a dog coat made that said Vax 2.0. We live to get ahead of crises out here.”

Leptospirosis is a bacterial disease that is shed through the urine of infected animals, most commonly rats, raccoons, opossums and other infected dogs. Once the bacteria have infected water or soil, they can survive there for weeks, even months.

When it comes to the increased cases in New York, Dr. Nahvid Etedali, staff doctor at Manhattan’s Animal Medical Center, says that he sees two factors at play: “Rats and rainfall.”

“I’ve read that we have about 2 million rats living in NYC and that there has been an increased number of complaints regarding rat infestations in the past year,” he says. “Direct contact of dogs with wildlife is not a common means of leptospirosis transmission, but more rats naturally means more rat urine. Combined with the increased rainfall, this could be leading to more potential for domestic animals to come into contact with leptospires in parks and on the streets.”

But while leptospirosis can be very serious, Bernard and Etedali both say that vaccination is the best course of action to protect your animals.

“We may be seeing a rise in cases, but this is not similar to the COVID-19 pandemic,” said Etedali. “Airborne pathogens like COVID-19 are transmitted much more easily and can result in the rapid spread that occurred during the COVID-19 pandemic. For a dog to become infected with leptospirosis, they must come into direct contact with infected urine.”

“It’s important to note that this disease can affect humans, as well,” Bernard added. “If your dog is diagnosed with leptospirosis, you should wear gloves to handle them and avoid touching any urine-contaminated items until treatment is completed (generally 14 days of antibiotics), and keep your dog separated from other animals.”

A version of this story first appeared in the Dec. 8 issue of The Hollywood Reporter magazine. Click here to subscribe.