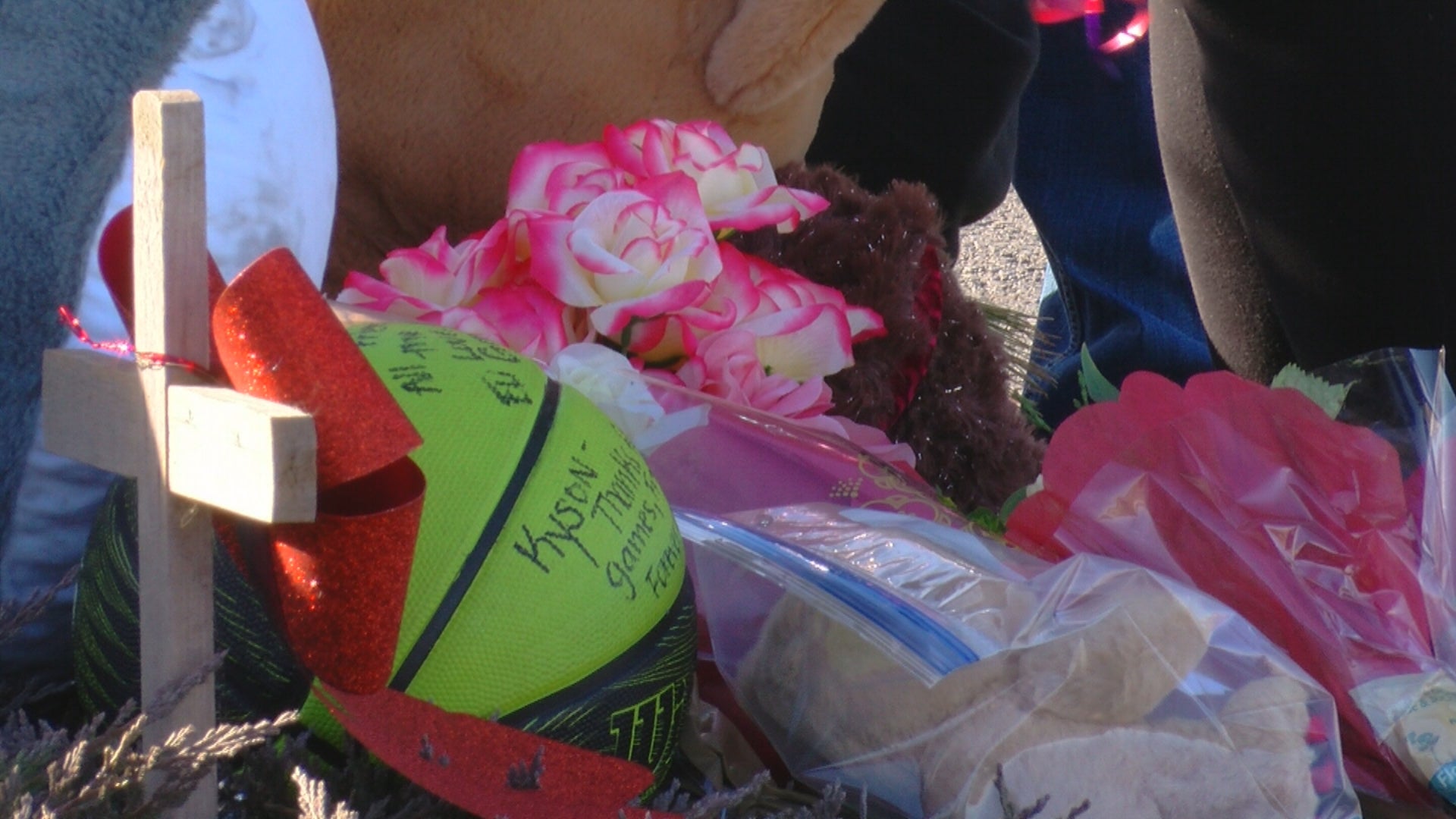 INDIANAPOLIS (WISH) — Police have located the suspect vehicle responsible for hitting and killing an 11-year-old boy on the southwest side over the weekend. However, it is unclear if they have been able to find the driver who was behind the wheel when it happened.

A memorial is now set up near South Tibbs Avenue and Wicker Road where Kyson Beatty was hit on Saturday and it is growing by the day. The family tells News 8 they still can’t believe this sweet 11-year-old’s life is gone.

Kyson had stayed the night at a friends house in the neighborhood across the street from where he lived on the day he was hit. His family believes he was trying to cross the street on his small motorcycle when a red truck hit him and kept driving.

“Got a call from my daughter — we were out doing some Christmas shopping and they got a call that Kyson had been in an accident from the kid, his friend. They told me I needed to get over there right away,” said Mark Tarter, Kyson’s grandfather.

When his family arrived, it was too late. Kyson died at the scene.

“We would want to believe that maybe we could still have him here with us … and for somebody to not show anymore concern for a human life, especially a child,” said Tarter.

Now, instead of planning their next trip to one of Kyson’s baseball, basketball or football games, his family spent the afternoon planning his funeral.

“No matter what we find out and what closure we get, it is not going to bring Kyson back with us,” said Tarter.

While they mourn the bright light that was abruptly dimmed, they find joy in realizing how many lives Kyson was able to touch.

“The other day, I even had a mom come up to be and tell me that she felt better about her kid going to school knowing that Kyson was there with him. He was a smaller kid, (and) Kyson would make sure the other kids didn’t pick on him,” said Tarter.

His loved ones say they will hold his memory close and always remember the smile he tried to bring to those around him.

“He is always laughing and cutting up. My daughter said he can’t sing but he would sing anyway because he knew — he just wanted to see people laugh and have a good time,” said Tarter.

For now, an ever-growing memorial that sits across from their neighborhood will serve as a place for his friends and family to come and remember the impact Kyson was able to make during his short life.