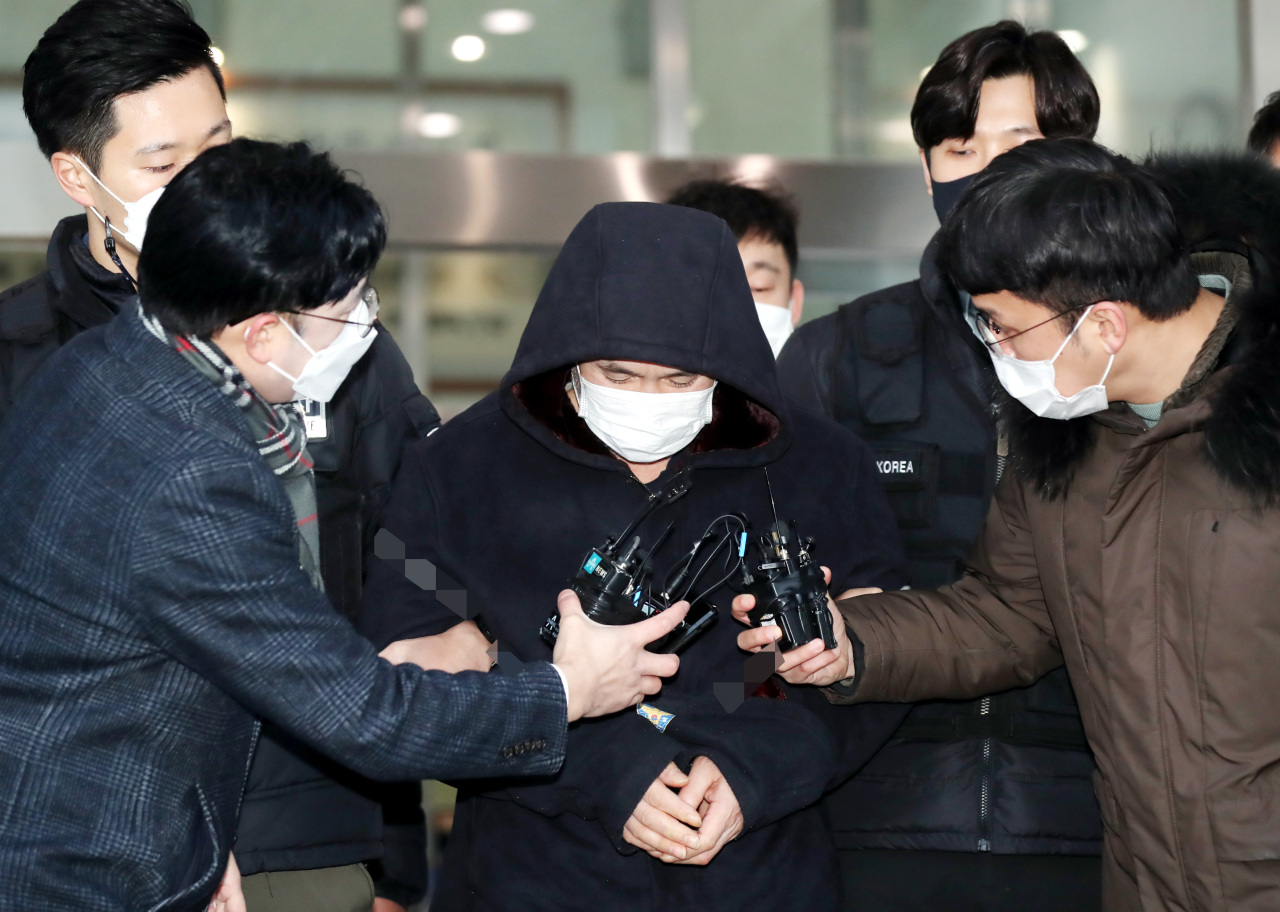 INCHEON — A 52-year-old double murder suspect made a feeble apology on Tuesday as he appeared in public for the first time after his arrest for allegedly killing a woman for money and murdering an accomplice.

Kwon Jae-chan stood in front of reporters as he was transferred from Incheon Michuhol Police Station in Incheon, west of Seoul, to a local prosecutors office for further investigation of his double murder, robbery and corpse abandonment charges.

“I’m sorry,” Kwon said feebly when asked whether he wants apologize to the victims. He stayed mum on other questions while being whisked away by police.

Kwon allegedly strangled a 50-something female acquaintance to death on Dec. 4 at a building in Incheon’s Michuhol Ward. He allegedly used her credit card to withdraw cash from an ATM and stole her jewelry. The woman’s body was kept inside the trunk of a car.

His also alleged to have murdered and buried a 40-something male accomplice at a hill near Eulwangri Beach on Incheon’s Yeongjong Island the following day.

According to police, the accomplice wasn’t involved in the murder of the woman but was believed have helped Kwon withdraw money and place woman’s body inside the trunk.

Kwon reportedly argued the alleged crimes were involuntary manslaughter cases, claiming he committed them out of a fit of rage following heated arguments with the two victims.

Investigators, however, believe that the alleged murders were premeditated based on Kwon’s knowledge of the woman’s credit card PIN number. They also believe that Kwon attempted to blame the woman’s murder on the accomplice.