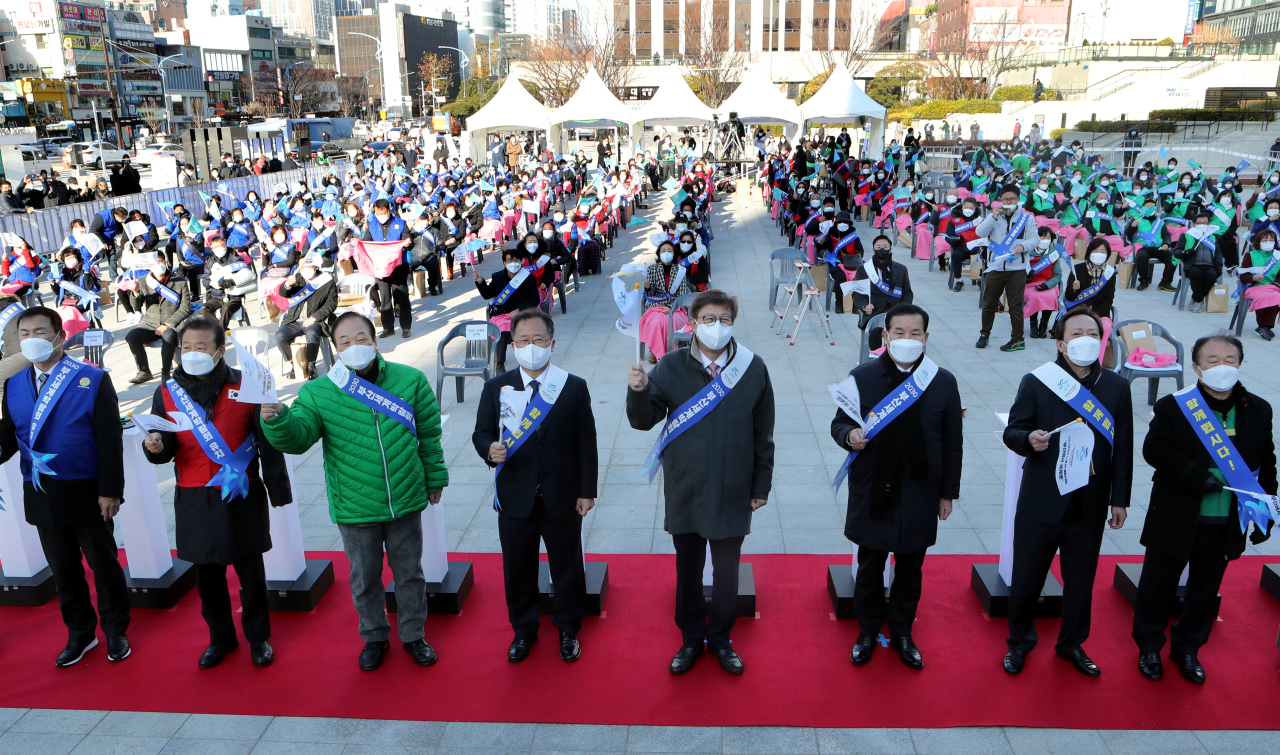 Busan — one of five cities including Rome, Moscow, Odessa and Riyadh to have submitted the bid — was the first city to make its case online. The Busan mayor leading the Korean delegation proposed holding the fair under the theme: “The era of great change: Sailing toward a better future.”

On the sidelines, the southeastern port city held a rally to raise awareness of the event, which is held every five years. Busan residents along with key city officials, council members and civic groups, took part in the gathering.

Busan estimates that the 2030 world fair would bring about at least 50 million visitors and admission fees totaling 2.5 trillion won ($2.1 billion). The city believes it would have to spend 4 trillion won to prepare for the event but expects 18 trillion in economic gains including new jobs for 500,000 people.