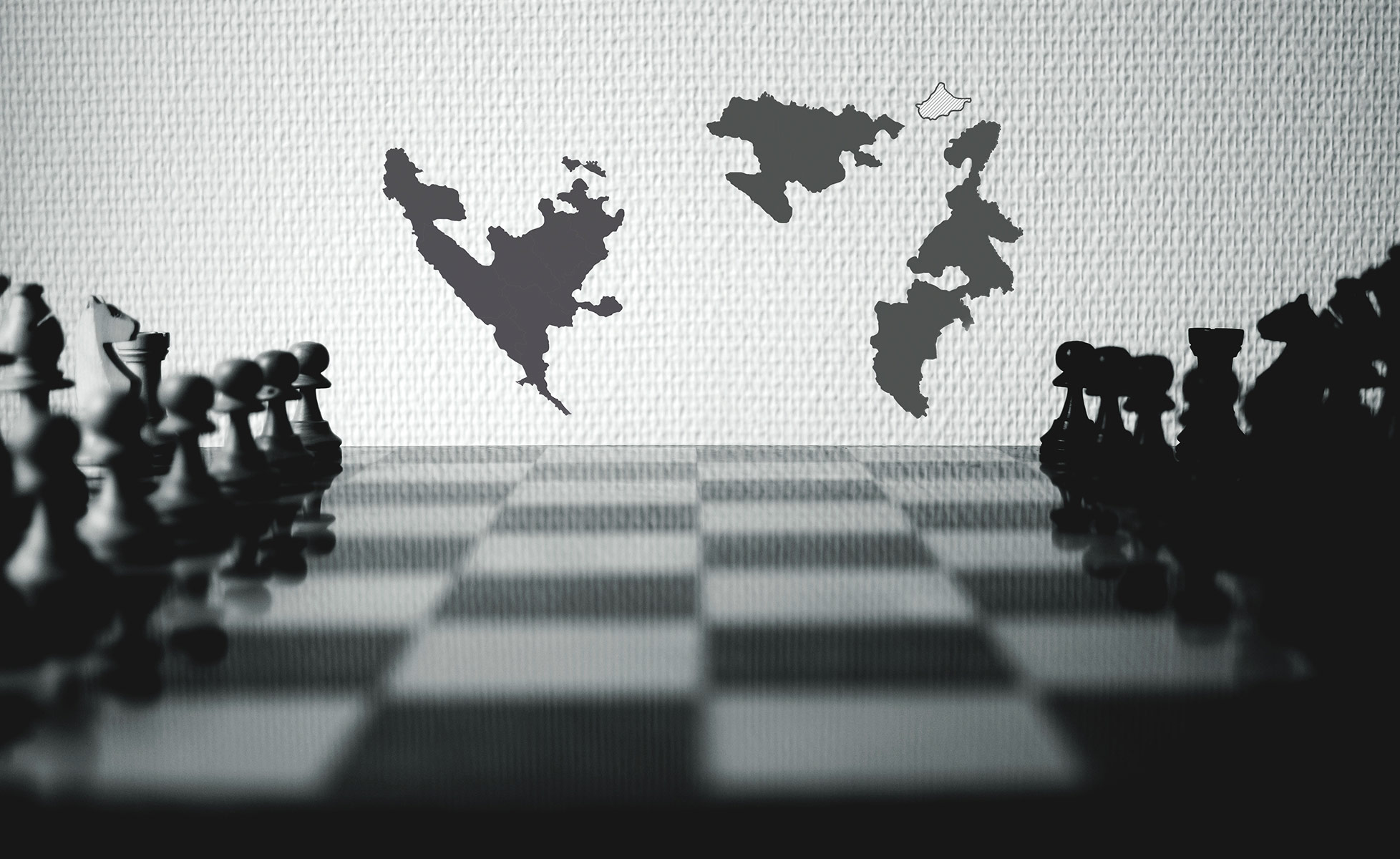 Is Dissolution a Solution for Bosnia and Herzegovina?

The same conclusions also require the government to propose adequate legislation within six months, which would enable normal functioning in view of the transfer of authority and competencies, formerly given to the federal level, back to the Republic of Srpska. The opposition parties criticized this move as a risky one, which can potentially bring more harm than good.

This news provoked outrage in the centers of Western political power as well as in many mainstream Western media. The European Union and the governments of the US, UK, Germany and France have condemned these conclusions, calling for the respect of the Bosnian state institutions and the Dayton Peace Agreement that ended the war in the former Yugoslav Republic of Bosnia and Herzegovina and established the state in its postwar design.

This may seem a somewhat paradoxical situation given that the Western governments that criticize the leadership of the Republic of Srpska affirm the Dayton Accords, while the leadership in Banja Luka and especially Milorad Dodik — the Serb member of the collective presidency of Bosnia and Herzegovina, by far the strongest political figure in the Republic of Srpska — likewise express their unreserved support Dayton. Dodik has repeatedly claimed that the only way for Bosnia and Herzegovina to continue to exist as a state is the return to the Dayton Agreement and stick to all its articles.

The problem, however, is not simply a formal one. It is deeply political. The current crisis was triggered by the former high representative in Bosnia and Herzegovina, Valentin Inzko, who outlawed the denial of the Srebrenica massacre as well as any questioning of the qualification of this crime as genocide.

This was the last straw that broke the camel’s back, as it were, leading the leaders of the Bosnian Serbs immediately to declare that if this legislation — perceived as anti-Serb — is not annulled, they would take steps toward protecting Bosnian Serbs and their entity from illegitimate and oppressive measures coming from the Office of the High Representative. The high representative is best described as the foreign governor of Bosnia and Herzegovina — acting, in reality, as an exponent of the most influential Western governments — with enormous powers and no democratic legitimacy.

The Dayton Agreement may have put an end to the war back in 1995, but it created a state which, in one sense, was stillborn. The Bosnian-Herzegovinian Serbs obtained the Republic of Srpska, with which they have primarily identified ever since. Bosnian-Herzegovinian Croats, as the third major ethnic/national community in Bosnia and Herzegovina — although much smaller than the Muslim/Bosniak and Serb ethnic/national groups — ended up without their own entity within the newly established Bosnia and Herzegovina.

This means that only among Bosnian Muslims/Bosniaks one can find an overwhelming commitment to Bosnia and Herzegovina. In this political dynamic lies the reason why many Bosnian Muslim/Bosniak politicians advocate for a unitary state — and the eventual dissolution of the Republic of Srpska by taking away its key competencies — and for the abandoning of any ethnic/national principles in the election of political representatives under the pretext that this is in accordance with liberal-democratic principles.

However, this is precisely what is perceived as a threat among many Bosnian Serbs and Croats, since the Muslim/Bosniak ethnic group is the largest one, which means that in practice it would be able to impose its will unto the other two major ethnicities and the institutions that were initially designed to prevent such discrimination.

As the Serbs were the biggest ethnic group present in significant numbers in most Yugoslav republics, the overwhelming majority of Serbs were in support of Yugoslavia as a state. This, however, was perceived by many other ethnic communities as potential oppressiveness. The Serbs thus ended up being the only ones trying to save Yugoslavia from dissolution.

Here we come to another major piece of the complicated Bosnian puzzle: the international factor. It was the Western governments — and primarily the US — under whose auspices postwar Bosnia and Herzegovina was created, with its highly inefficient structures and with the Office of the High Representative who, over time, obtained pharaonic powers. Naturally, the governments of the countries that have sponsored this arrangement are unwilling to admit that the whole experiment was a tremendous failure and that their interventions have actively prevented the development of democracy inBosnia and Herzegovina.

In addition, Bosnia and Herzegovina, just as the Balkans as a whole, is also the terrain for bigger games and powerplay between the US-led alliance (which, in reality, is much less coherent than it is claimed), Russia and Turkey. Western politicians and the media are trying to explain the situation to the Western audience by blaming the local politicians, especially the Bosnian Serb leadership, as pro-Russian. What they are selling to their citizens is the story that everything will be fine as soon as the old politicians go and new ones, loyal to the West, take over.

However, blaming everything on corrupt and irresponsible political elites will not resolve the structural problems that are, to a large extent, created by generous Western support. Yes, political elites — and not only in the Balkans — tend to be corrupt, irresponsible and ready to exploit people’s misery and nationalistic sentiments to their own advantage. This is, however, only one dimension to the complex story that tends to be grossly oversimplified in the mainstream Western media. The real problems are deeper, and the policies of influential Western governments are still only adding fuel to the fire.