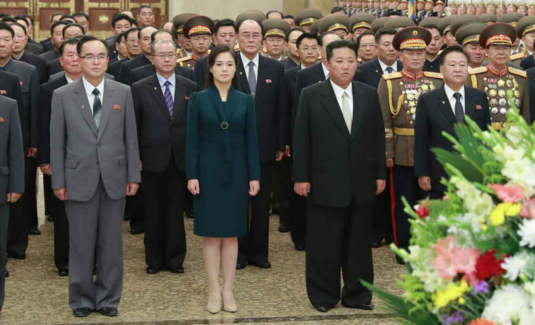 Ri Sol Ju, the wife of North Korean leader Kim Jong Un, reappeared in state media for the first time in over four months on Friday, as she and Kim were reported to visit the shrine to former DPRK leaders on national foundation day.

Kim and Ri were joined on Thursday by the top leadership group in the politburo presidium and other military and government officials, according to the state-run Voice of Korea, at the Kumsusan Palace of the Sun. Former leaders Kim Il Sung and Kim Jong Il lie in state displayed in glass cases at the palace.