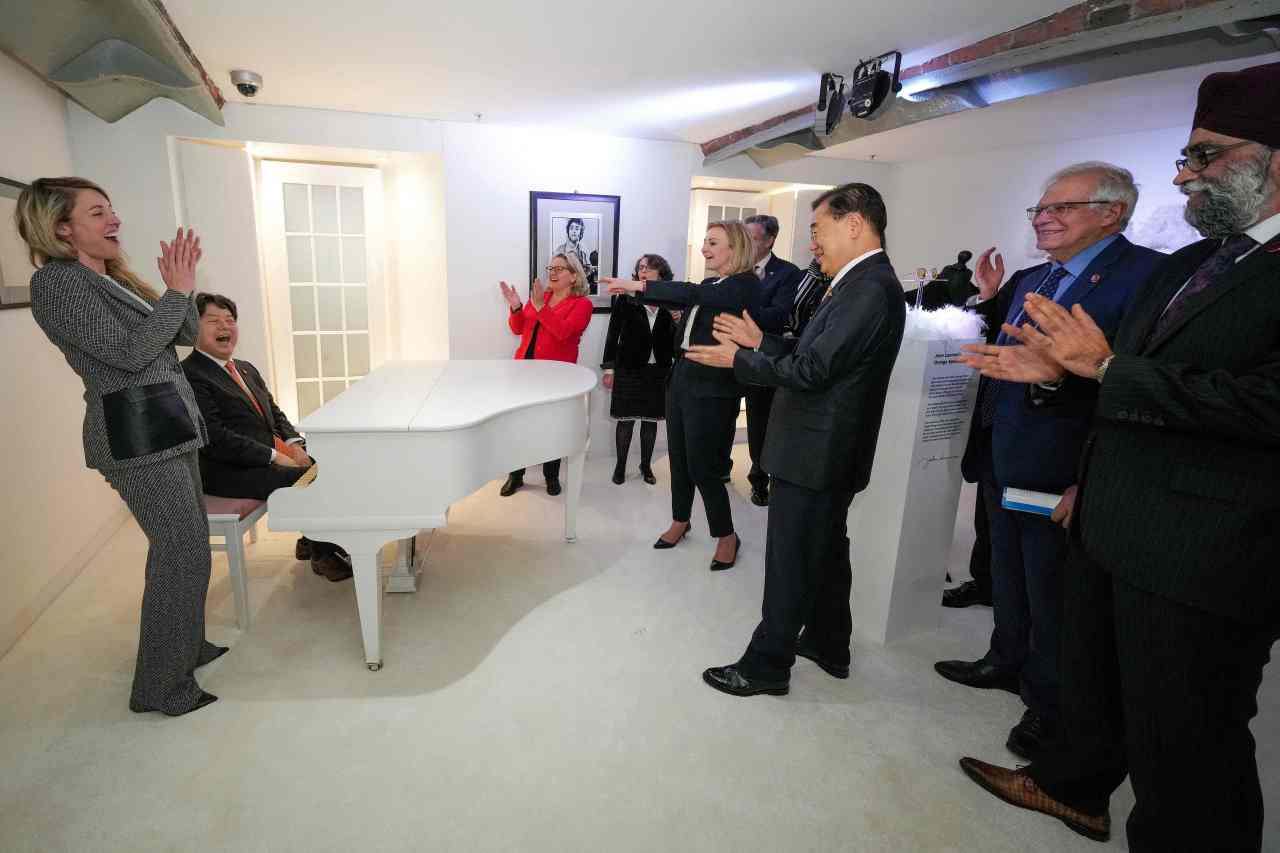 The two top diplomats briefly held a meeting on the sidelines of the G-7 meeting in Liverpool on Saturday and shared the consensus to improve strained bilateral ties, the ministry said.

Chung delivered the Seoul government’s stance on the victims of wartime forced labor and comfort women and suggested the two sides resolve the issues through dialogue, the ministry said.

Hayashi said Seoul and Tokyo as well as Washington should cooperate to move forward the peace process on the Korean Peninsula, and Chung agreed on the need for trilateral cooperation for the regional stability, it noted.

“The two sides agreed that South Korea and Japan should strengthen communications at all levels, from high-level to working-level officials, to positively develop the bilateral relations,” the ministry said.

Relations between South Korea and Japan have been stuck in a row over wartime forced labor since Japan imposed export curbs against the South in 2019 in retaliation against South Korean Supreme Court rulings that Japanese firms should pay compensation to forced labor victims.

Japan has claimed all reparation issues stemming from its

1910-45 colonial occupation of the Korean Peninsula were settled under a 1965 treaty that normalized relations between the two countries, and urged the South to come up with acceptable solutions.

South Korea has maintained that the government cannot intervene in civil litigation due to the constitutional separation of the executive, judiciary and legislative powers. (Yonhap)