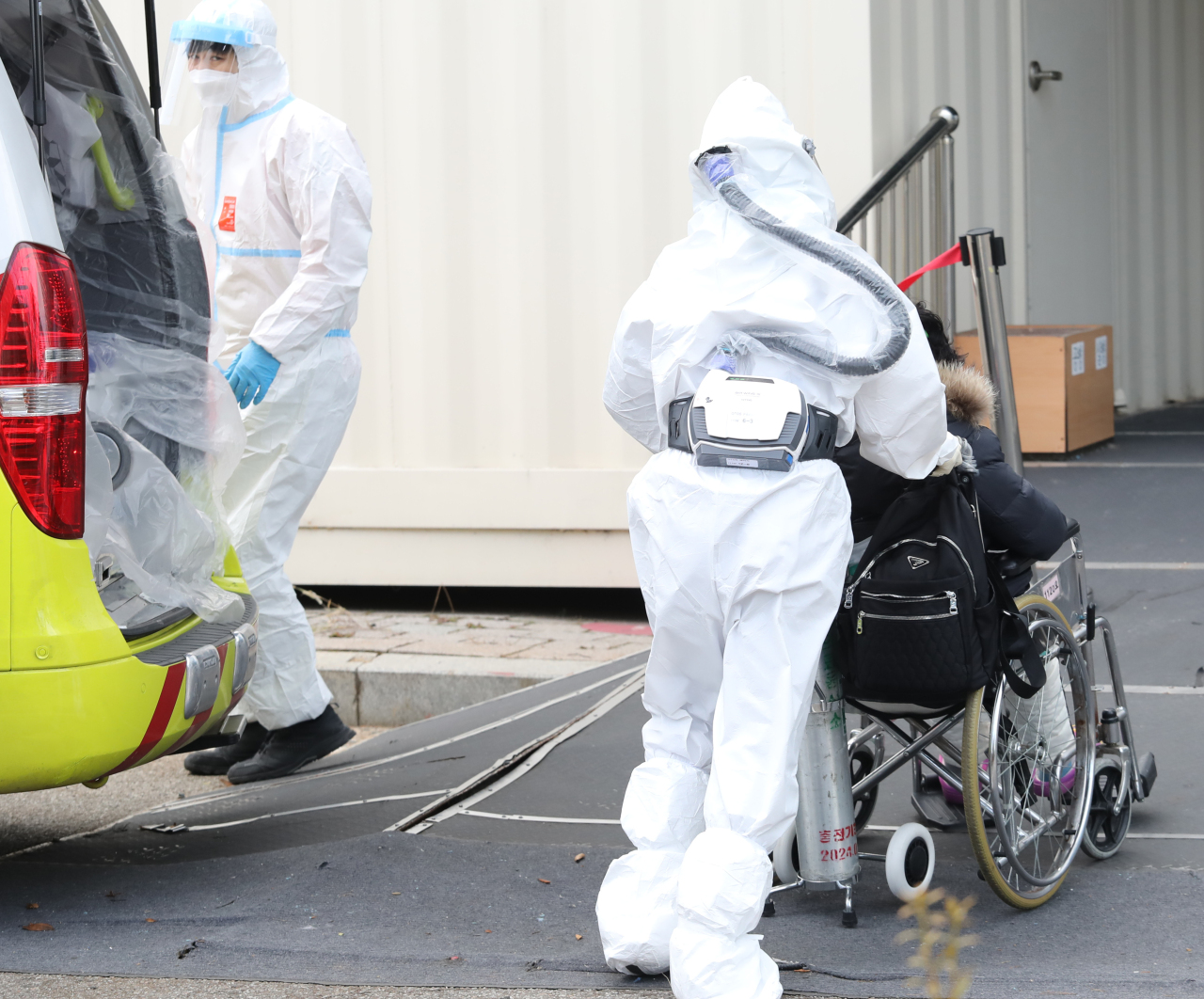 The rush to open up has led to an unprecedented spike in hospitalizations and deaths that threaten to undo the progress the country has made so far in the pandemic.

South Korea reported 6,320 cases each day on average in the past week, more than three times as many cases as it did the week before the Nov. 1 return to normal. The seven-day average of new deaths jumped nearly fivefold to 57. On Saturday the country announced 80 deaths — the highest number of deaths to be recorded in one day.

Dying waiting for a hospital bed

Bed shortages have reached critical levels at hospitals across the country, with more than 80 percent of intensive care beds filled up as of Saturday afternoon.

In all of Seoul, which is facing the worst outbreak, just 34 beds for the sickest COVID-19 patients remained. By Saturday at midnight, 1,739 patients in and around Seoul were still waiting for beds, 1,222 of whom were categorized as clinically vulnerable.

According to official statistics, 29 patients died at home in the last five weeks without ever being admitted because no hospital had beds to accept them.

As the bed crisis intensified, the government since the start of November has issued four rounds of executive orders to hospitals to set aside more beds for severely or critically ill COVID-19 patients. With the latest such order on Friday, an additional 134 intensive care beds were created in total.

At the end of a series of orders to hospitals, the Ministry of Health and Welfare admitted that hospitals were nearing maximum capacity and could not free up more beds.

As hospitals are forced to turn an increasing share of their intensive care beds into COVID-19 ones, non-COVID-19 patients are being deprived of treatment, critical care medicine specialist Dr. Suh Gee-young of Samsung Medical Center said.

“What these COVID-19 bed orders achieve is taking away intensive care admission opportunities for patients who aren’t a COVID-19 case,” he said.

Cries from the front line

As resources become depleted, the statement said, patients who have lower chances of survival were being admitted on the condition that they agree to do-not-resuscitate orders. Patients suffering from other medical conditions were asked to sign a form saying they understood the possibility they might not be able to continue treatment or receive surgeries while in isolation for COVID-19.

The statement said while the government had two years to augment hospital capacity in anticipation of a surge, efforts have fallen short. “As the country lifts restrictions, there should have been measures to respond to a possible, foreseeable surge in hospitalizations.”

A junior doctors’ association said in an emergency press conference last week that the recent scrambles at hospitals showed that the government has failed to anticipate the worst.

The association said at hospital emergency rooms, COVID-19 patients were waiting up to 300 hours for an isolation bed to become available. Most of the patients coming into the emergency room now were home care patients experiencing worsening symptoms, it said.

About three weeks into normal, the government had made home care the default for all COVID-19 patients — including previously “at-risk” patients such as people 70 and above and pregnant women — in a bid to ease bed shortages.

Choi Eun-young, a nurse at Seoul National University Hospital, one of the country’s largest hospitals, argued that patients left at home were “being neglected without proper monitoring and treatment.” “Patients have already been left to die at home after their symptoms worsened rapidly.”

In the last week of November, when more than 90 percent of intensive care beds were filled in Seoul hospitals, President Moon Jae-in made it clear in two public addresses that Korea would continue to stay open. “Reversing reopening and regressing to the past is not an option,” he said.

Then starting Dec. 6 the government reinstated the limit on the size of personal gatherings, with further restrictions due to be announced in the coming week, after spotting the country’s first omicron cases in recent travelers.

Dr. Eom Joong-sik, an infectious disease specialist at Gachon University Medical Center near Seoul, said the rise in at-home deaths was a “testament to the failure to respond in time.”

“If we had acted early, then not as many patients would have died without ever getting to the hospital.”

He added that the record-breaking outbreak called for measures of corresponding intensity. “The social distancing restrictions that were in place when we were counting 1,000 to 2,000 cases won’t do,” he said.

Infectious disease specialist Dr. Kim Woo-joo of Korea University Medical Center said the government should have implemented the emergency response measures as it said it would when the intensive care bed occupancy rate crossed 75 percent.

“There’s usually a lag time of about two to three weeks for social distancing and other public health interventions to show effect,” he said. “Waiting too long risks leading to more lives lost unnecessarily.”