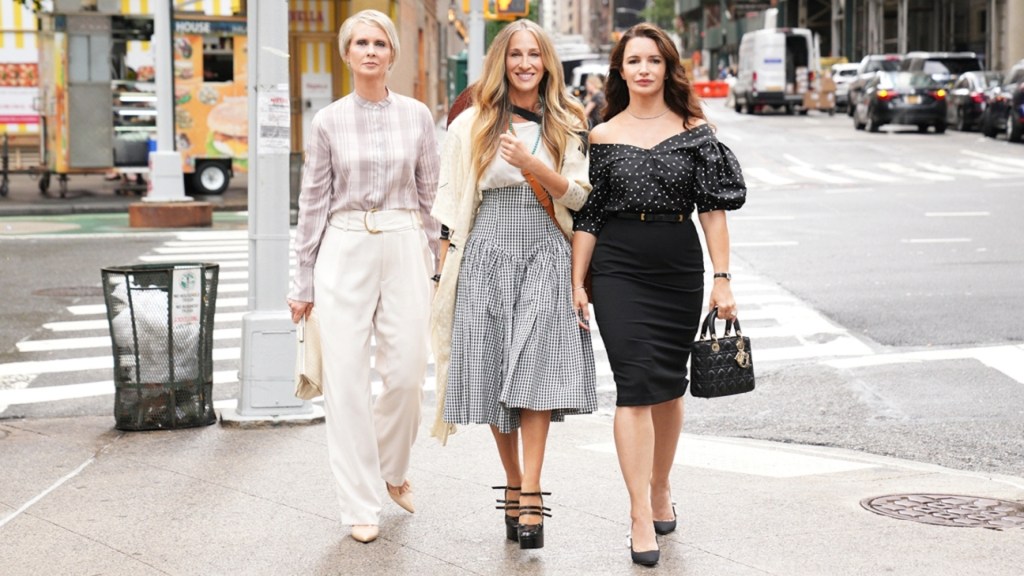 [This story contains spoilers from the first two episodes of HBO Max’s And Just Like That.]

And Just Like That viewers couldn’t help but notice that the HBO Max series kicked off with a stunning death.

During the first episode of the Sex and the City sequel series that launched Thursday, fans got caught up with the lives of Carrie (Sarah Jessica Parker) and her pals. This included seeing the columnist and her longtime partner, Mr. Big (Chris Noth), enjoying domestic bliss.

That bliss came to an emotional end by the episode’s conclusion, as Big, who had become an ardent fan of working out with his Peloton exercise bike, suffered a heart attack after completing a particularly intense session for his 1,000th ride. A short time later, Carrie found Big near their shower and cradled him in her arms as he passed away.

“And just like that, Big died,” she said bluntly in voiceover.

In response to the use of a Peloton bike in the episode, the exercise company issued a statement to the Los Angeles Times and other media outlets from Dr. Suzanne Steinbaum, a cardiologist who is on Peloton’s health and wellness advisory council.

Her statement cited the character’s “extravagant lifestyle” and pointed out his previous history of heart issues. Indeed, prior to Big’s death scene, the episode included a moment in which he prepared a meal with Carrie and reminded her not to include too much salt.

“I’m sure SATC fans, like me, are saddened by the news that Mr. Big dies of a heart attack,” Steinbaum said. “Mr. Big lived what many would call an extravagant lifestyle — including cocktails, cigars and big steaks — and was at serious risk, as he had a previous cardiac event in season 6. These lifestyle choices and perhaps even his family history, which often is a significant factor, were the likely cause of his death. Riding his Peloton bike may have even helped delay his cardiac event.”

Her statement pointed out that “Peloton helps you track heart rate while you ride, so you can do it safely.”

According to the Times, the company also confirmed it was aware that its bike would appear in the show and that real-life Peloton instructor Jess King would portray Big’s fictional Peloton trainer, Allegra.

HBO Max did not immediately respond to a request for comment.

In a recent interview with The Hollywood Reporter, Kristin Davis (Charlotte) said she doesn’t believe that the “series has chosen to focus on grief as an overall.” However, she understands why fans might initially disagree, given that the show “came out of the box” with Big’s death.

For her part, Cynthia Nixon (Miranda) told THR that And Just Like That would have been remiss to avoid showing the characters dealing with death. After all, they are older than they were when the original HBO series signed off 11 years ago, not to mention that the ongoing COVID-19 pandemic has been a time of mourning for many.

“I lost people in the pandemic, and I think many of us did,” Nixon explained. “I also think when you’re 55, hopefully, you’ve got 30-plus more years, but there’s more life behind you than there is ahead of you, and you’re very aware of that.”