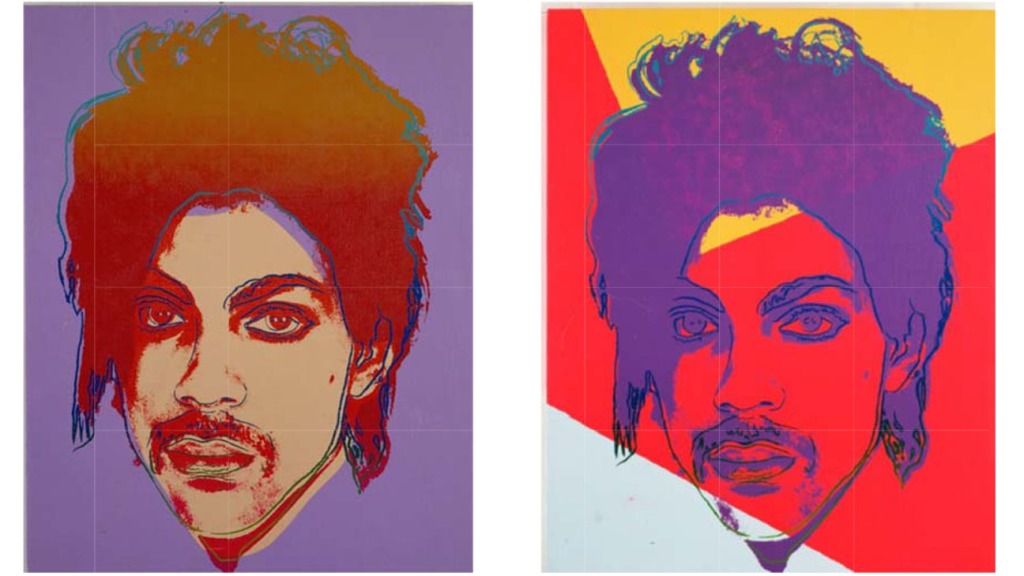 When Andy Warhol used existing photographs as inspiration for his iconic pop art was he transforming the works enough for it to be a fair use of the underlying images? That question has been working its way through the federal courts for more than three years — and now the artist’s estate is asking the U.S. Supreme Court to weigh in.

The Andy Warhol Foundation for the Visual Arts in April 2017 sued photographer Lynn Goldsmith and asked the court for a declaration that his 1984 paintings of Prince don’t violate her copyright in the photo that inspired them because his works were “entirely new creations.” Vanity Fair in 1984 had commissioned Warhol to create an image of Prince. He cropped Goldsmith’s photo and created a series of 16 images that “comment on the manner in which society encounters and consumes celebrity.”

Goldsmith filed a counterclaim a few months later arguing his work isn’t “transformative” and in the digital world “anyone can easily modify a photograph on a computer to add high contrast, coloration and artifacts.”

U.S. District Judge John G. Koeltl in July 2019 sided with the Warhol Foundation, granting summary judgment and finding his works were a fair use — but, in April, the 2nd Circuit Court of Appeals reversed that ruling. It found Warhol’s image is substantially similar to Goldsmith’s and sent the matter back to the district court for further proceedings.

The foundation asked for a rehearing following the U.S. Supreme Court’s decision in Google v. Oracle, which came down about a week after the 2nd Circuit’s reversal in this matter. It argued, essentially, that if Google can copy software code verbatim and have it be a transformative fair use then surely Warhol’s work was too. In September, the appeals court denied the foundation’s request for a rehearing en banc finding that the “novel and unusual context” of the Google dispute didn’t affect fair use analysis when it comes to visual artistic expression.

On Thursday, the Warhol Foundation filed a petition asking the Supreme Court this question: “Whether a work of art is ‘transformative’ when it conveys a different meaning or message from its source material (as this Court, the Ninth Circuit, and other courts of appeals have held), or whether a court is forbidden from considering the meaning of the accused work where it ‘recognizably deriv[es] from’ its source material (as the Second Circuit has held).”

In the petition, a Latham & Watkins team led by partners Roman Martinez, Andy Gass and Sy Damle argues the circuit split “casts a cloud of legal uncertainty over an entire genre of visual art.”

The Warhol Foundation argues that allowing the split to stand would create a “sea-change” in copyright law and lead to “inconsistent results and forum shopping” if the 2nd and 9th Circuits are using different frameworks to analyze fair use.

It argues the decision also chills artistic expression because creating new works as cultural commentary — like Warhol and the larger pop art movement did — could now amount to copyright infringement if the image is deemed too “recognizeable” to be transformative.

The petition also emphasizes that the 2nd Circuit’s decision conflicts with Supreme Court precedent. How strictly this court adheres to its own precedent has become a hot topic recently due to widespread speculation that it’s poised to overturn the nearly 50-year-old decision in Roe v. Wade — but, at least when it comes to Google v. Oracle, eight of the nine current justices were involved in that 6-2 decision. (Justice Amy Coney Barrett was sworn in after it was argued and didn’t participate.) So, the Latham team must convince a nearly identical group of justices to take up the matter and find that visual art isn’t that much different from software code when it comes to fair use — and they argue the court already alluded to as much in its Google decision.

“Unable to substantively distinguish Google, the Second Circuit simply (and wrongly) interpreted the case as limited to computer code,” states the petition. “This Court’s opinion was grounded in general principles of copyright law — including, most importantly, the Court’s prior decision in Campbell applying those principles to an artistic work. … Indeed, the Court directly analogized to Warhol’s visual art — the Campbell’s Soup Cans work — to illustrate its core point. … As this Court made clear, fair use could protect an ‘artistic painting’ that used a ‘copyright[] “advertising logo to make a comment about consumerism”‘ even where the artist precisely replicates the protected logo.”