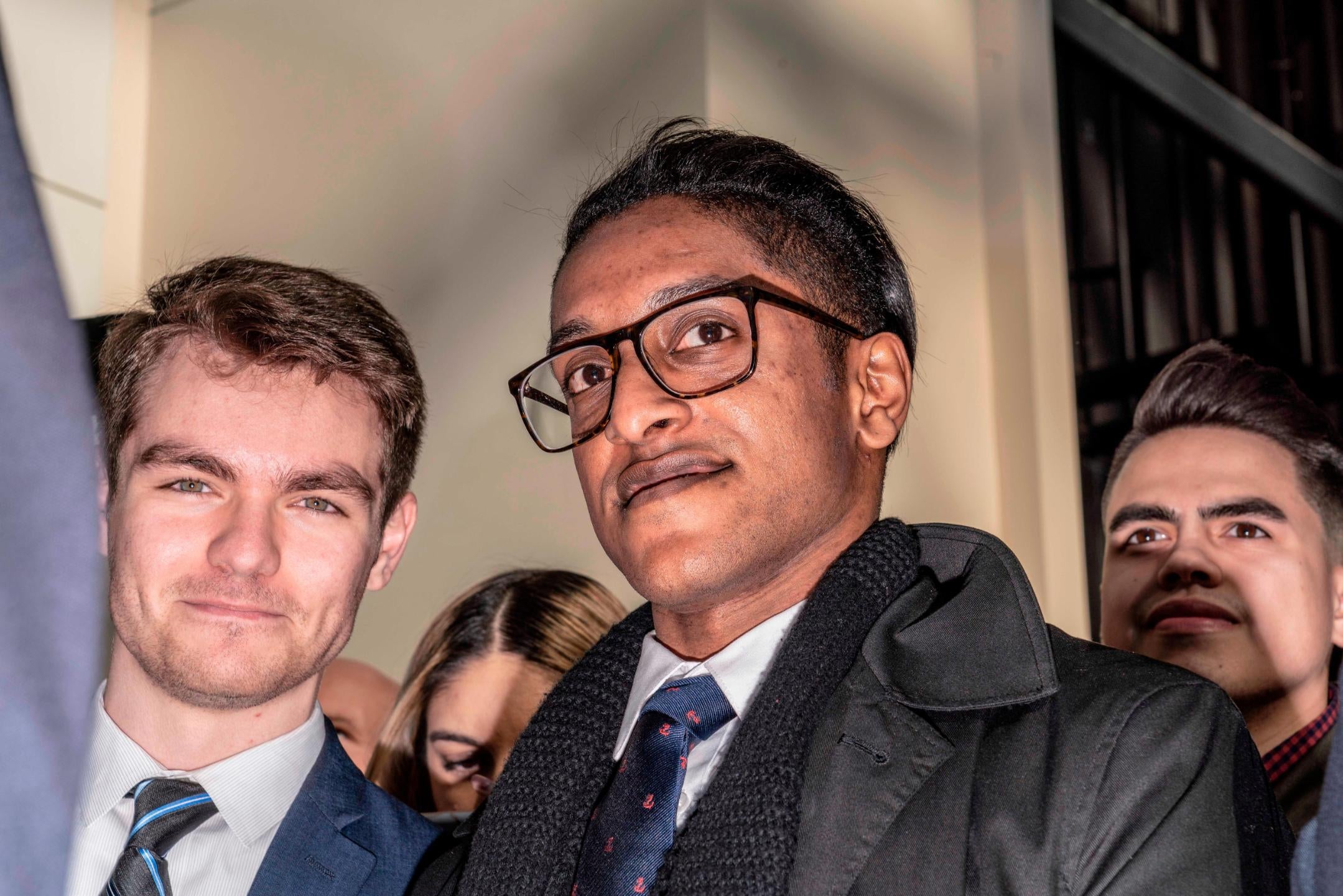 (CNN) — “Stop the Steal” leader Ali Alexander, who helped organize the rally that preceded the Capitol attack, on Thursday appeared in front of the House select committee investigating Jan. 6 and told reporters he will cooperate.

“I’m going to go in there and cooperate where I can, where I can’t I’ll invoke my constitutional rights. We’ve got tons of evidence for them,” Alexander said before going into the closed-door deposition.

“We’re going to go into the committee,” Alexander said. “We’ve provided the committee with thousands of records, hundreds of pages. And you know, unfortunately, I think that this committee has gone way too much into our personal life, way too much into my First Amendment. But I do recognize they have a legislative duty to conduct it, so we’re here to cooperate.”

Alexander’s group had a permit on Jan. 6 to hold a rally on the North East side of the Capitol grounds, but contends he played no part in the violence that took place on Jan. 6.

Alexander previously claimed that he worked closely with Republican congressmen in planning the rally at the Capitol on Jan. 6. In several Periscope videos in December 2020, Alexander said that he was in contact with Republican Reps. Paul Gosar of Arizona, Mo Brooks of Alabama and Andy Biggs of Arizona about the rally that preceded the riot.

On Thursday, Alexander denied that he worked with lawmakers to attack the Capitol.

Alexander’s deposition comes as the committee is facing delay and stonewalling tactics from top Trump allies on multiple fronts. The panel will begin the process of holding Trump chief of staff Mark Meadows in criminal contempt next week after Meadows reversed course and stopped cooperating with the committee, on top of Meadows filing a new lawsuit against the committee on Wednesday to block the subpoena against him.

Asked how involved lawmakers were in the planning of the rally, Alexander said, “I’m going to respect the committee’s process and give them all of that information.”

Alexander arrived for his deposition with his lawyer Joseph McBride and conspiracy theorist Jacob Wohl. Alexander gave reporters a copy of the opening statement he planned to make to the committee.

Addressing Jan. 6 directly, Alexander said in his statement that he has videos that show he is arriving to the Capitol on Jan. 6 after the violence had already started.

“In those videos, our group can be seen working with police to try to end the violence and lawbreaking. We can be seen yelling and screaming at people to STOP trying to enter the Capitol and STOP violent lawbreaking in general” Alexander wrote. “I believe those videos have been provided to the committee. If they have not, I will be happy to share them.”

Alexander’s full name is Ali Abdul-Razeq Akbar. Alexander stated, “as a Black and Arab man, an American, it is common for people who look like me to be blamed for things we did not do. On top of that, my birth name can sound scary to the uninformed and uneducated. It’s often used against me as a weapon.”

“I went from living the American Dream to experiencing an American Nightmare where my skin color, birth name, party affiliation, ability to earn a living, belief that Christ is King, and concerns about election irregularities have been weaponized against me,” Alexander wrote. “But I can assure you I have nothing to hide because I’ve done nothing wrong.”

Alexander said he and his team prioritize “peace and order” at events and that he supports the work of law enforcement agencies to prosecute those who committed crimes on Jan. 6.

He writes that he prepared for approximately 80 hours searching through his archives for information relevant to the committee and around 120 hours preparing for the deposition.