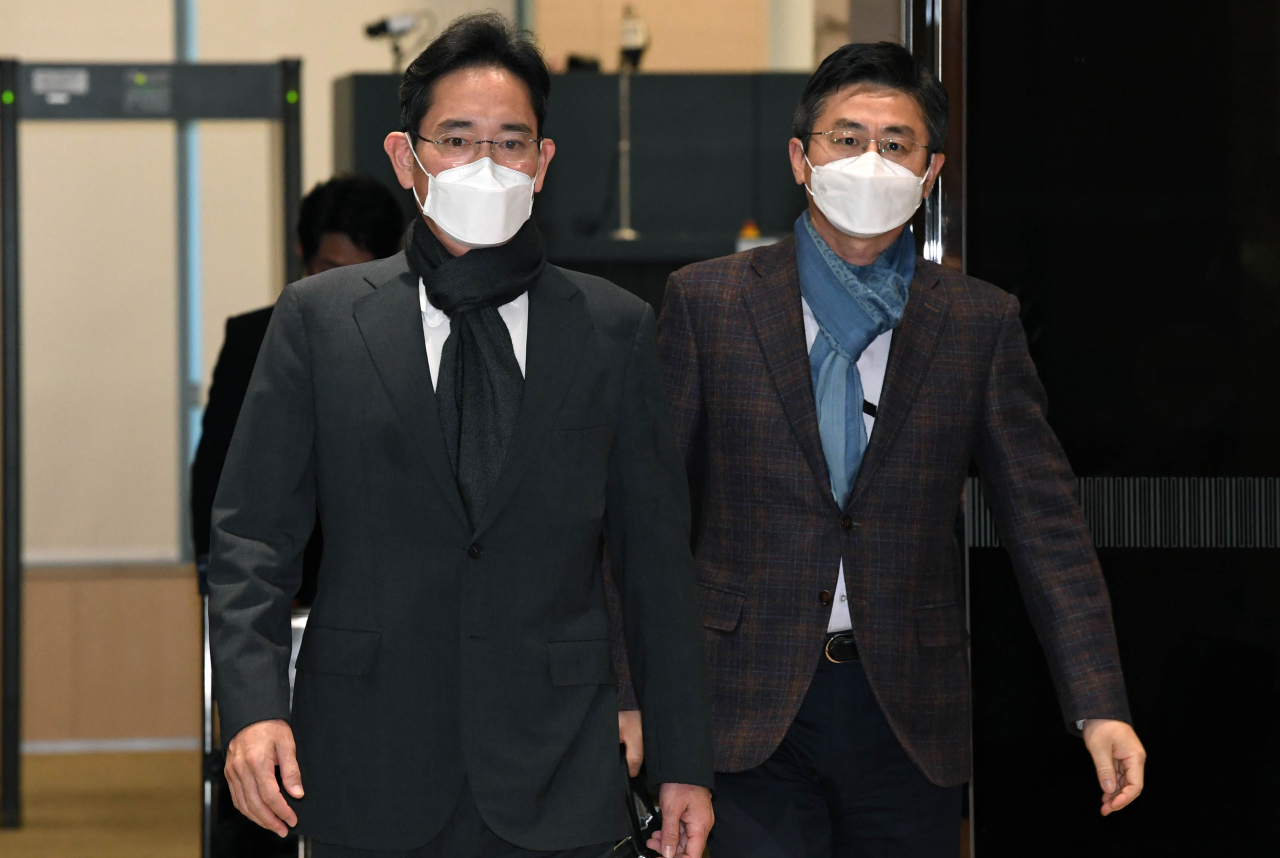 “I had a small meeting in Abu Dhabi,” Lee told reporters as he arrived in Seoul, referring to a capital of the UAE.

“It was a good opportunity, because experts from around the world in various fields got together to learn how each country or each industry stands ready for the future.”

The de facto leader of Samsung did not elaborate on the detail about his trip, but local media speculated that a closed-door meeting had been hosted by Sheikh Mohammed bin Zayed al-Nahyan, the crown prince of Abu Dhabi.

His trip comes at a time when the UAE, the first country in Arab region to roll out the fifth-generational network, is being pressured by the United States to ditch equipment by Chinese network technology giant Huawei Technologies, followed by a series of spying or eavesdropping allegations across the world, including the US and the Netherlands.

The UAE is considered a 5G wireless network powerhouse led by state-owned telecommunication firms like Etisalat of the company du.

Etisalat has sought to collaborate with international firms such as Nokia and Ericsson for commercial deployment of the nation’s 5G network. Samsung Electronics, Korea’s 5G technology trailblazer, has yet to announce a partnership with UAE counterparts.

Lee flew to the UAE on Monday at around 10 p.m., making his first visit to the Middle East in two years.

It was Lee’s second overseas trip — following an 11-day trip to the US that allowed Samsung to finalize a $17 billion semiconductor project in Taylor, Texas — since he was released early from a jail term in August on a bribery case associated with ex-President Park Geun-hye.