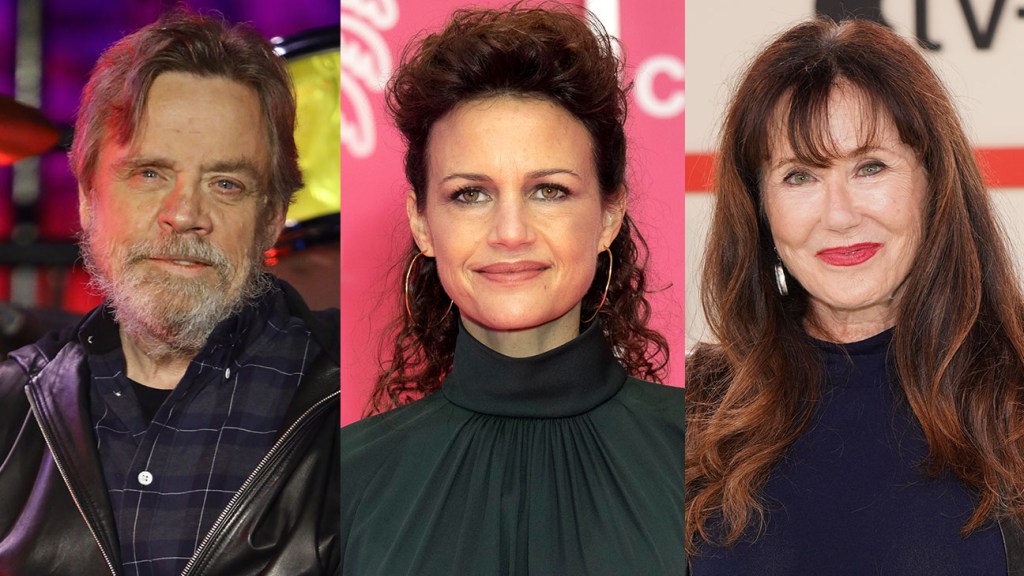 Netflix has revealed five actors from its upcoming horror series The Fall of the House of Usher.

The project is the latest from The Haunting of Hill House and Midnight Mass team of Mike Flanagan and Trevor Macy and will include several iconic tales from legendary author Edgar Allan Poe.

First up is Frank Langella (Frost/Nixon, The Trial of the Chicago 7) as Roderick Usher, “the towering patriarch of the Usher dynasty.”

There’s also Carla Gugino (Gerald’s Game), who is reuniting with Flanagan and Macy after her turns on Hill House and The Haunting of Bly Manor. Her role is not yet revealed.

And finally, Mark Hamill (Star Wars) will play “a character surprisingly at home in the shadows.”

The limited series will consist of eight episodes. Flanagan and Michael Fimognari will each direct four episodes. Additional cast members will be announced Friday.

In addition to his Haunting limited series, Flanagan wrote and directed the 2019 big-screen adaptation of Stephen King’s Doctor Sleep, and his Midnight Mass, about an isolated island community that experiences supernatural events after the arrival of a mysterious priest, was recently launched on the streamer to acclaim. He also has the upcoming Midnight Club, based on the young adult book by Christopher Pike, about a group of terminally ill teens who make a secret pact.