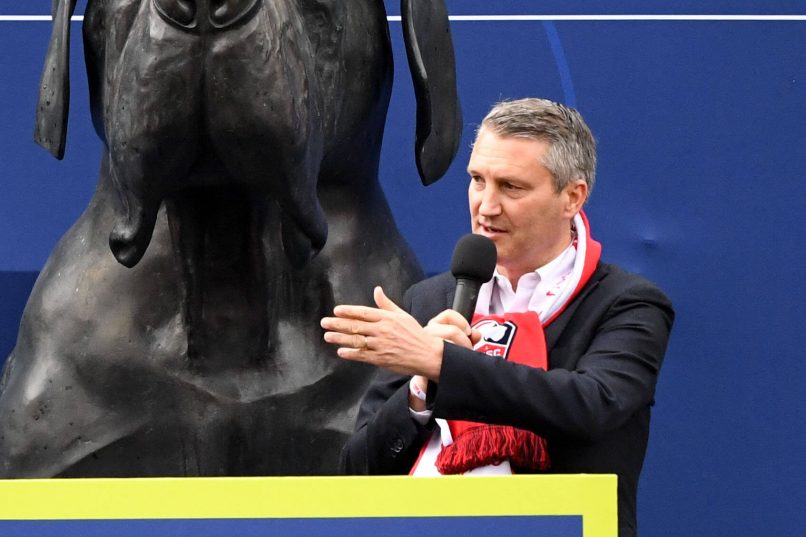 As discussed by Le Petit Lillois, since the club’s sale to Merlyn Partners and the departure of current Bordeaux owner Gérard Lopez, Lille’s financial concerns have eased considerably. Les Dogues have escaped sanctions from French football’s strict financial watchdog, the DNCG, on three occasions under the stewardship of former Rennes and PSG man Olivier Létang.

Just after the transition from Lopez to Merlyn, in December 2020 Merlyn told the DNCG that they’d injected €40m into the club while absorbing a large part of the debt accrued under Lopez. That allowed Lille’s squad to remain intact despite fears the club would be forced by the DNCG to make significant sales in January to balance the books. Lille, with their squad unaffected, went on to win the title.

As reported by La Voix du Nord, Lille survived two further DNCG meetings earlier this year partly thanks to a reduction of the payroll by around €12m during the summer as 16 players departed the club. The payroll now stands at €75m, noticeably down on the 2019/20 season’s €90m. Debt, meanwhile, was also reduced from €162m to €106m and the club’s provisional budget remained under control – both factors contributed to convincing the DNCG of the current project’s solidity.

Although forward Jonathan Ikoné is reportedly set to leave this winter for Italy, Lille should be able to maintain a highly competitive squad through the January transfer window – especially if they’re aided by the financial boon of Champions League knock-out stage qualification. The deft handling of the situation as a whole has allowed Lille to, some inconsistent league form aside, maintain their momentum into 2022 and perhaps laid the platform for their glorious title win last season.