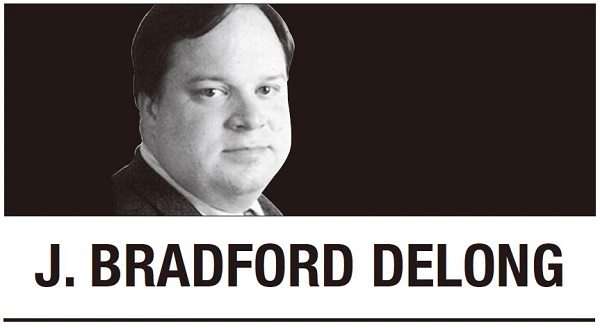 Approximately 13 percent of low-wage jobs in Germany would not be viable if workers understood just how good their outside options truly are. That is the conclusion of a recent paper by Benjamin Schoefer, my colleague here at the University of California, Berkeley, and his co-authors, Simon Jager, Christopher Roth and Nina Roussille.

“When comparing workers’ subjective outside options against objective measures of pay premia from matched employer-employee data,” they note, “many workers mistakenly believe their current wage is representative of the external labor market — objectively low-paid (high-paid) workers are overpessimistic (overoptimistic) about their outside options.”

In plain English, the implication is that if something were to shake up low-wage workers’ false beliefs about how poor their outside options are, occupational and labor-market conditions would fundamentally change. The same basic insight surely also applies to the US, only more so, because the US federal minimum wage is much lower, relative to average productivity, than Germany’s.

If ever there was such a shake-up, the COVID-19 pandemic and its widespread economic fallout are it. Recent data shows that 3 percent of US workers, or 4.4 million people, quit their jobs in September. That monthly quit rate is not only remarkably high; it is unheard of, especially given that the US employment-to-population ratio is still only 59.2 percent, almost two points below its February 2020 peak.

What is going on in the US labor market? In normal times, the current figures would suggest that America is dealing with a great shortage of jobs. And yet, workers’ outsized willingness to quit their jobs and look for something better indicates that these are not normal times.

There is a standard list of explanations for this so-called Great Resignation. One obvious factor is fear of COVID-19, especially among those who live with elderly or immunocompromised relatives. Low-wage workers do not want to log long hours in service-industry settings that require them to come into close contact with other people, not least the sizable share of the population that remains unvaccinated.

A related issue is disrupted child care, which often forces at least one parent to remain at home. Many observers also argue that workers feel empowered because they are still flush with cash from the pandemic-relief programs. And others contend that the past two years have prompted more people to stop and smell the roses, rather than work too hard at an unpleasant, low-paying job. (The problem with that explanation, Paul Krugman of the New York Times observes, is that Western Europe, which had a similar pandemic experience overall, is not experiencing a Great Resignation or depression in the share of adults who are employed.)

One notable effect of the pandemic is that it has fueled a transformation of work and the workplace that either would have taken decades in the absence of the virus, or would never have happened at all. Consider, for example, the widespread shift to remote white-collar work; the rapid automation of substantial components of service work; or the transformation of retail — requiring many more delivery drivers and many fewer in-store sales workers.

These changes have brought a great deal of convenience to many consumers and employees. Suddenly, online tools are good enough that one need not shop in person to get a sense of a product’s quality. (And if a delivery isn’t what was expected, one can always return it.) The sectors affected by these changes will not be returning to the pre-pandemic status quo.

Unless workers are explicitly furloughed, re-knitting the division of labor to restore employment after a massive disruption is always a long and painful process. In the 2010s, the return to full employment seemed to be bound by a speed limit of 1 percentage point per year, not least because demand remained relatively slack as fiscal and monetary policymakers focused on fighting the phantom dragons of debt and inflation.

It would not be good policy for the current recovery to be bound by this low speed limit. A rapid recovery requires that US employers provide low-wage workers with the better bargains that, by quitting en masse, they obviously are demanding. It requires a rapid removal of the main supply-side barriers to labor participation: a lack of child care and the virus itself. And it requires a high-pressure economy, so that it is obvious to workers on the sidelines that there are good opportunities out there.

President Joe Biden’s administration and the Democratic congressional majority must recognize that both workers and entrepreneurs need a great deal more support right now than American business as usual can provide. Europe provides a promising example. The US needs more of them.

By J. Bradford DeLong
J. Bradford DeLong, a former deputy assistant US Treasury secretary, is professor of economics at the University of California, Berkeley, and a research associate at the National Bureau of Economic Research. — Ed.