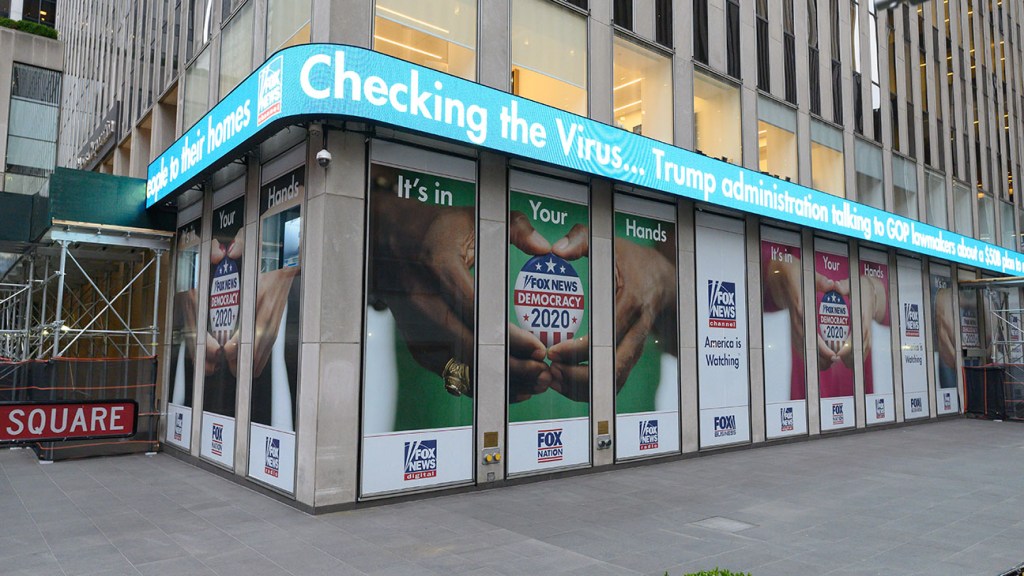 Fox News Channel is one of the most-watched networks in television, but its parent company Fox Corp. is ready to flip a switch and stream it directly to consumers, if the state of the pay-TV business necessitates it.

Speaking at a UBS conference Wednesday, Fox CFO Steve Tomsic underscored that the company is committed to the linear pay-TV business for its sports and news assets, but added that it is ready and willing to push further into streaming if it has to.

On the Fox News side, Tomsic cited Fox Nation, which includes original programming from the likes of Tucker Carlson, replays of Fox News primetime shows, and entertainment fare like a reboot of Cops.

However, Tomsic said that it also gives the company “optionality” in the direct-to-consumer space.

“We have got all the attributes in place from a Fox News perspective, from a technology perspective, a billing and subscriber perspective, to be able create that optionality,” Tomsic said. “Now we aren’t going to pull the trigger on that anytime soon, but it gives us that base to work from.”

Similarly, in sports, Tomsic says Fox plans to put more sports-adjacent programming on its free streaming platform Tubi, but that it intends to keep live games on TV “because we think the monetization model works.” Once again, however, Tomsic noted that Fox has the rights to stream its NFL games, if it ever decides to do so.

Instead, the company is focusing much of its sports efforts on shoring up its TV business, while expanding into sports betting. Not only does Fox own a betting platform, Fox Bet, but its local stations and national games bring in sports betting advertising revenue that Tomsic says now reaches nine figures.

However, Fox is also planning to be a little cautious when it comes to how sports betting content and ads appear on its platforms going forward. Tomsic said that “in other markets [like the UK and Australia] it has gotten out of hand,” calling out some betting content being mixed into editorial coverage, and too many sports betting ads crowding out other sponsors or not resonating with viewers.

“We are definitely having the mindset of self-regulation, and we will put internal caps on ourselves in terms of saturation,” Tomsic said.