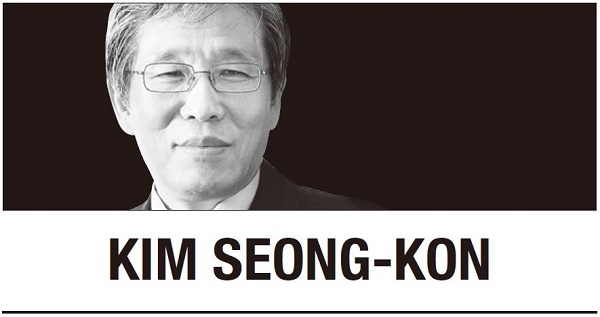 There are times when a literary work or a film is powerful enough to change a person’s life or even an entire social system by altering our consciousness. It means that literature and film can play an important role in both human lives and social progress.

Harper Lee’s “To Kill a Mockingbird” is a good example. Lee’s powerful novel and its superb movie version, starring Gregory Peck, have changed so many people’s lives. The novel and the movie also changed my life forever when I first encountered them in my high school years in the early 1960s. From “To Kill a Mockingbird,” I learned not to have prejudices against others. The novel is on the “must read list” in many American secondary schools because people can overcome their prejudice after reading this deeply moving novel.

Another example is Ken Kesey’s “One Flew over the Cuckoo’s Nest.” The novel poignantly exposes problems of American psychiatric hospitals in the early 1960s. The impact of the novel and the movie with the same title, starring Jack Nicholson, was tremendous. Readers of the novel and viewers of the film were appalled at the inhumane situation of mental asylums in the US. Consequently, American mental institutions went through radical reforms, including the abolition of electroshock therapy. Therefore, patients of mental institutions should be eternally grateful to the monumental novel and film.

In Korea, Gong Ji-young’s 2009 novel, “The Crucible” and its 2011 film version, “Silenced,” directed by Hwang Dong-hyuk, too, played a decisive role in implementing the “Dogani Law” that abolished the statute of limitations for sexual assault against minors under 13 and the mentally or physically challenged. “Dogani” was the Korean title of the novel. As Hwang’s “Squid Game” has recently enjoyed popularity overseas, people are also watching “Silenced” on Netflix these days, while searching for other works by the film’s director, Hwang.

The novel and the film are based on a true story, which took place at Gwangju Inhwa School for the hearing impaired, where students were the victims of repeated sexual assaults from their teachers for almost 5 years in the early 2000s. In a fictional foggy town called Mujin, the protagonist Kang In-ho from Seoul finds a teaching job at Benevolence Academy, a school for the hearing impaired. Initially, he finds that the students are strangely aloof and try to avoid him. Soon, he discovers that students are the victims of sexual abuse by the faculty members, including the principal. With the help of a female human rights activist, Kang reports the incident to the police, so the case goes to the court. However, the sex criminals get away with a suspended sentence.

The film, “Silenced,” ignited public outrage that resulted in the reopening of the case for reinvestigation. Furthermore, people demanded stronger legislative measures to punish sex crimes against teenagers and the disabled. In response, the National Assembly of Korea in October 2011 passed “The Dogani Act” to root out sex crimes against minors and the differently abled.

Reading “The Crucible” or watching its movie version, “Silenced,” we cannot help but ponder the prerequisite qualities of a leader. A leader, like a shepherd, should protect his flock at all costs and be ready to sacrifice himself for his people’s safety. Moreover, a leader should have a strong sense of responsibility for the welfare of his people, instead of claiming his privileges and power. Therefore, he should serve his people, not reign over and rule them.

Likewise, teachers, too, should do their best to protect and help their students so they could overcome their weaknesses, especially when they are hearing impaired, mute or mentally challenged. Regrettably, however, teachers at the above school unabashedly and in the most cowardly way take advantage of their students’ vulnerabilities, such as their young age, orphanage, and inability to speak. Those teachers seriously lack a sense of responsibility for their students’ safety and welfare, not to mention human decency. If teachers lose respect and decency, how can they teach their students?

Both the novel “The Crucible” and the film “Silenced” deserve applause because they have inspired the people to take actions to make a better society. Had it not been for them, our society would still not be able to punish sex crimes against minors and the disabled properly. It is uneasy and painful to read the novel or watch the film, and yet we should know what is happening in our society and what we should do in order to prevent it.

The power of literature and film is beyond description. They can alter our consciousness and change our society. That is why we call an example of great literature or film an invaluable cultural text and an important social document. We look forward to seeing novels like “The Crucible” or films like “Silenced” continuously, so that we could become better people and live in a better society.

By Kim Seong-kon
Kim Seong-kon is a professor emeritus of English at Seoul National University and a visiting scholar at Dartmouth College. The views expressed here are his own. — Ed.