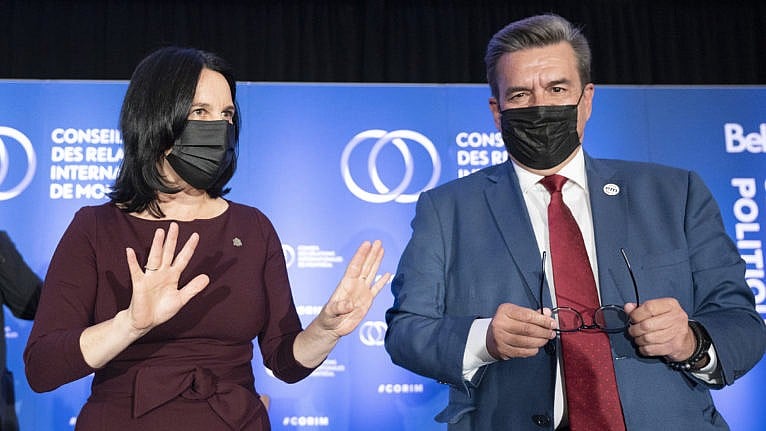 Philippe J. Fournier: For the first time since fall 2020, a poll puts Plante ahead of Denis Coderre in the mayoral race, with all the momentum in the campaign’s final day

We shall know on Sunday night whether Montreal voters will re-elect incumbent mayor Valérie Plante for a second term at Montreal City Hall. Her main rival, former mayor Denis Coderre, has lead every single poll since he announced his return to municipal politics back in March. However, the most recent data made available on this race, released by Leger and CROP in October, had showed Plante and Coderre in a dead heat in voting intentions (see the full list of Montreal polls on this page). In almost a carbon-copy of the trends from the 2017 race between these candidates, Coderre started strong, and is now limping towards the finish line.

PAUL WELLS: All the good politicians are in Montreal

With only one more day of campaigning left before voters head to the polls this weekend (voting will take place on Saturday and Sunday), a new survey from Mainstreet Research suggests that Valérie Plante has taken the lead in this race for the first time in a municipal poll—from any firm—since fall of 2020.

Let’s take a look at Mainstreet’s numbers. Among the full sample of respondents, Valérie Plante has the support of 46 per cent of respondents, compared to 40 per cent for Denis Coderre. Balarama Holness trails far behind in third place with only 5 per cent support. Of the 850 respondents to this poll, 7 per cent were undecided.

Among decided and leaning voters, Valérie Plante climbs to 49 per cent of support, a six-point lead over Denis Coderre who stands at 43 per cent:

Since the margin of error of the survey is ±3 per cent (19 times out of 20), Valérie Plante’s lead is therefore statistically significant. Indeed, in a best-case scenario for Coderre, according to Mainstreet, he would be tied with Plante; in the worst-case scenario, he would be trailing Plante by double-digits.

Looking at the demographic details of the survey, Mainstreet’s numbers suggest there is a significant linguistic divide in Montrealers’ voting intentions. Indeed, among francophone voters, Mayor Valérie Plante has 60 per cent support, a massive 25-point lead over Denis Coderre:

While we must always be extremely careful about drawing conclusions from a survey’s subsamples (subsample sizes are smaller, so their uncertainty is higher), we also see a clear trend in favour of Valérie Plante among voters under 50. Indeed, Plante leads Coderre by 16 points among 18-34 year olds, and by 23 points among 35-49 year olds. The two candidates are statistically tied among 50-64 year olds (45 per cent Plante, 44 per cent Coderre). Nonetheless, here may be a piece of good news for Coderre: He leads Plante by a 13-point margin among voters aged 65 and over—a demographic tranche known to vote in higher proportion than younger voters.

As shown in the table above, this Mainstreet Research poll is the first poll in more than a year showing Valérie Plante leading Denis Coderre. Last March, shortly after Coderre publicly announced his return to municipal politics, Mainstreet had measured a comfortable 17-point lead for the former Montreal mayor. According to Leger’s numbers, Coderre held a 12-point lead last May, but that lead had completely evaporated by the end of October.

Will Montrealers turn out in large numbers this weekend? While turnout had only been 42.5 per cent in the municipal election in 2017, figures released by Elections Montreal indicate that 12.9 per cent of eligible voters have already filled out their ballots in advance polls last weekend. In comparison, only 5.6 per cent of voters had done so four years ago. Although whether a higher turnout favours Plante or Coderre is unknown at this point, polls clearly show Valérie Plante is the one holding the momentum in the last stretch of this campaign. We shall know on Sunday night whether she becomes the first re-elected mayor of La Métropole since Gérald Tremblay in 2009.

The Mainstreet Research survey collected voting intentions from 850 Montreal voters from November 2 to 4, 2021. The margin of error for this probabilistic survey is ±3%, 19 times out of 20 (the margin of error is higher for sub-samples). The data was collected through automated calls (IVR: Interactive Voice Response). The survey report can be found here.