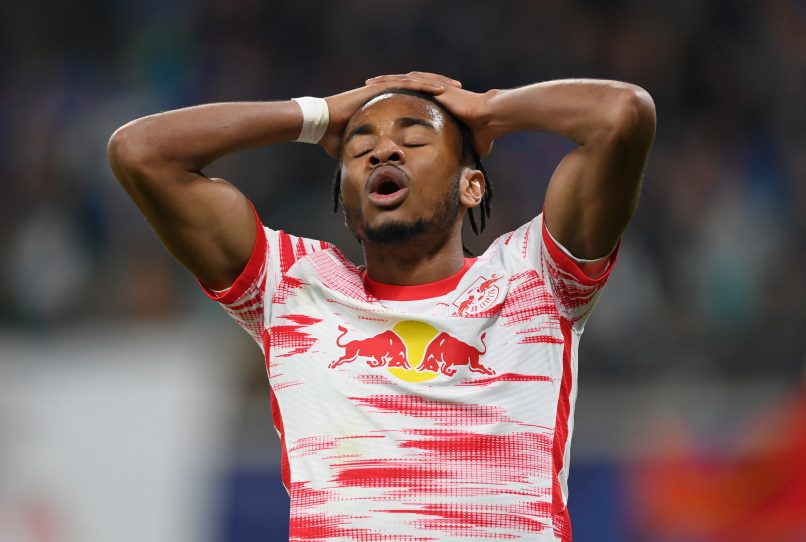 During his press conference announcing his France squad for the upcoming international break, Didier Deschamps addressed his omission of in-form Leipzig midfielder Christopher Nkunku from his squad.

His words transcribed in RMC Sport, the France manager explained that although Nkunku is being watched by him and his staff, his priority is to keep continuity in the team with regard to past squad lists this year.

The former Paris Saint-Germain notably impressed against his former club yesterday, opening the scoring for his fifth Champions League goal in four games this season.

“He’s a player that we’re following. He could have been in there, he is doing interesting things which were confirmed last night. He’s not here, but he’s one of the serious candidates who can aspire to have this opportunity. I can only encourage him to continue.”

“For this squad list. my reasoning is that of continuity with regard to what’s been working well, to maintain the confidence of the players who were here in the last international break.”