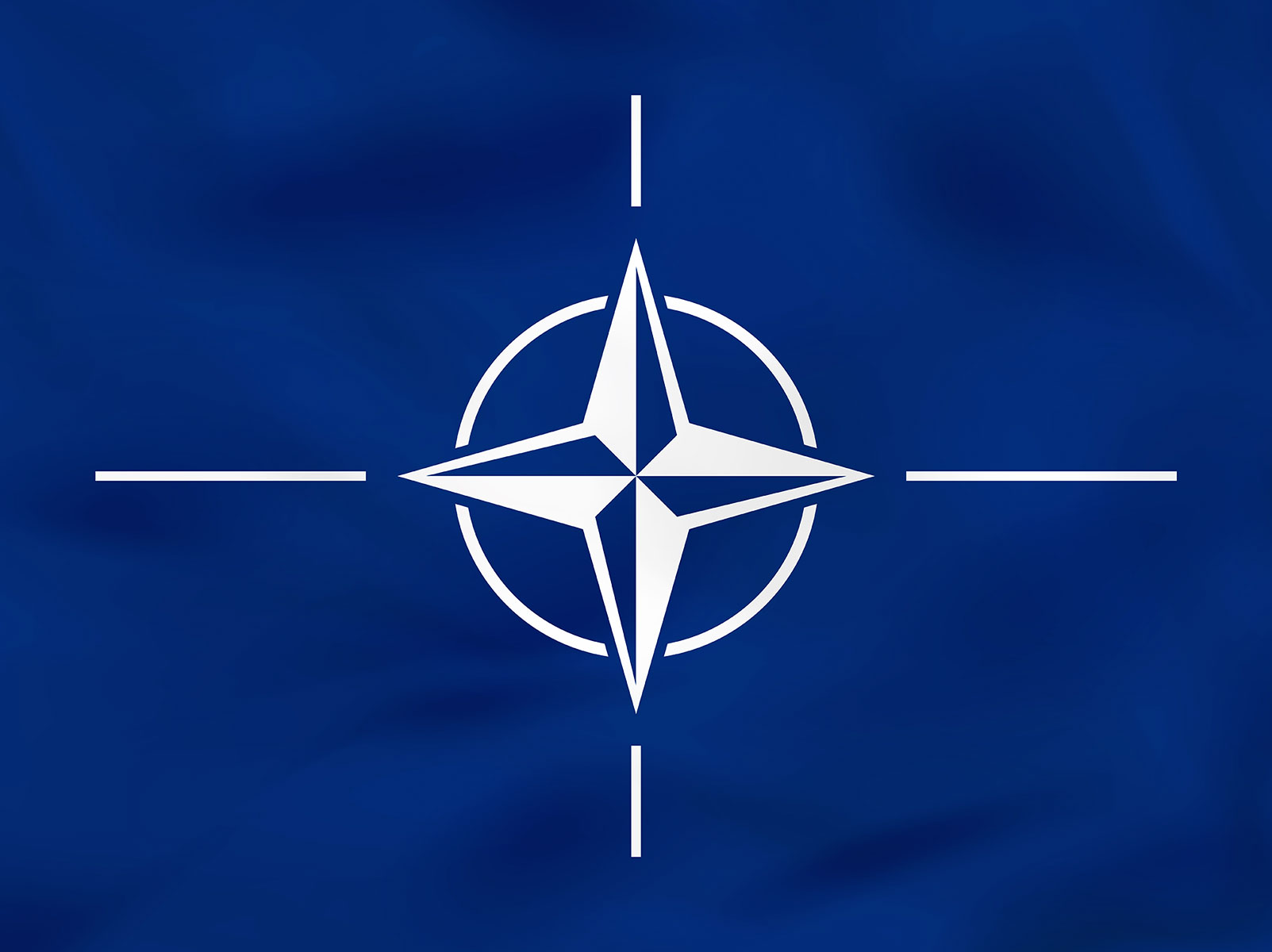 Today’s technology-oriented, media manipulated civilization has succeeded in imposing a degree of hyperreality capable of obscuring whatever remnants of reality still remain within the average person’s field of perception. This requires a permanent effort to deviate attention from hyperreality itself. On rare occasions when hyperreality allows a glimpse of its own workings, it risks becoming either self-devouring or appearing as self-parody.

NATO has been facing an existential crisis ever since the end of the Cold War. To prove its continuing relevance, it has created a website called Innovation Hub that is so extreme in its promotion of hyperreality, it awkwardly calls attention to the absurdity that NATO has become. The hub defines its goal as the defense of an enlightened establishment that is permanently threatened by evil forces hiding behind a sinister curtain. The Iron Curtain that defined the Cold War has now yielded to a new Digital Curtain.

US, NATO and the Question of Russia

The hub wishes to simulate the meeting of great minds and become a “place where experts collaborate and design solutions meeting NATO challenges. By bringing together people with different backgrounds or perspectives, the Innovation Hub generates a better understanding of the issues, and fosters innovation.” It aims at no less than a collective epiphany.

This lede stressing open collaboration introduces the initiative’s true goal: “BOOST INNOVATION IN SECURITY AND DEFENSE.” The website encourages everyone to join in the constructive dialogue to defend a new entity it doesn’t bother to define. It isn’t the territorial integrity of Western nations or even the persistence of the neoliberal ideology that guides those nations. The innovative language they use to describe it reveals what it truly is: hyperreality.

The Innovation Hub seeks to develop “the New Third Operational Dimension, besides the cyber and the physical ones.” What can that be? Until very recently, war was essentially the physical activity pitting armies against armies on the battlefield. That dimension still exists, even if the trend is either to hide it from view by relying on drones or withdrawing troops from remaining battlefields.

More recently, the clamor produced by swords striking armor, bullets, bombs and buzzing drones has been complemented by cyberwarfare — the “Second Operational Dimension.” Potentially more harmful than physical warfare because it can be deployed everywhere and remains invisible during and after its effective strike on a target, cyberwarfare appears regularly in the news.

From force of habit or simply cognitive lapse, the media usually attributes identified examples of cyberwarfare to Russia, though occasionally also to China. Rarely does the media mention the true world champion of cyberwarfare — Israel. When Israel is mentioned, it is never with the intent to inspire fear.

The Innovation Hub seeks not only to prepare us for the upcoming “Third Operational Dimension,” but also to get us involved in building it. NATO seems to see this effort as a kind of social media dedicated to a truly hyperreal idea of defense and national security.

Scrolling down the page, we see our first hint of the centerpiece of this new third dimension with this explanation: “Cognitive warfare embodies the idea of combat without fighting. Mastering the cognitive domain constitutes a new major stake indispensable to the generation of combat power …  Its very essence is to seize control of places, groups, units, organizations, and nations, by targeting and affecting the brains of their personnel, civilian as well as military.”

The idea put forward by people who believe that with the help of modern technology, and Big Data in particular, they can reduce other people and even entire populations to a state of brainless compliance similar to their own

Promoters of hyperreality find themselves faced with the monumental task of defining an elaborate belief system designed to cancel and replace the public’s existing perception of reality. The concept of cognitive warfare is a perfect example. It corresponds to nothing that has previously existed in the real world. In all cultures, cognition and warfare have always belonged to two opposed spheres. One was the domain of the clerical class, the other of the warrior class.

The average person might naively think that the idea of cognitive warfare describes the kind of intellectual battles that have always taken place within academic disciplines such as philosophy, psychology, history and the sciences. Realism vs. idealism or the big bang vs. the stable state theory might be examples of cognitive warfare.

Thinking in those terms is the kind of mistake people who persist on basing their reasoning on visible reality might make. The hyperrealists on the NATO team offer the true definition of cognitive warfare: “In cognitive warfare, the human mind becomes the battlefield. The aim is to change not only what people think, but how they think and act.” Instead of beginning with the reality of human cognition and exploring how knowledge may provoke conflict, they choose warfare (extreme conflictual violence) as their starting point. Knowing is subordinated to the need for physical aggression.

Traditionally, cognition refers to the human ability to apprehend reality. In its new hyperreal meaning, it signifies the acceptance of a substitute for reality. Cognition is the result of someone who can “seize control” of other people’s thinking. We might be tempted to think of it simply as hyper-propaganda. But instead of seeking to coax, persuade and influence, it seeks physical control.

It might justifiably be called the “great replacement” (of reality). Alas, that term has been co-opted by white supremacists to express their fear that mongrel races will soon be overturning white Anglo-European civilization. There may even be an unacknowledged link between the two.

The language of this new and improved hyper-propaganda reveals the scope of its ambition: “Within the military, expertise on anthropology, ethnography, history, psychology among other areas will be more than ever required to cooperate with the military.” These innovative, generously collaborative minds have chosen to “require” all the human sciences to align with military strategy. Isn’t that the bedrock principle of fascism?

The contrast they draw between first dimension warfare — dependent on bayonets, bazookas and nuclear bombs, built for an assault on human bodies — and the third dimension implies a shift toward a reliance on new technologies that include not only mass surveillance but the active control of human minds thanks to Big Data, artificial intelligence and virtual reality.

In their explanatory documentation, the proponents of the third dimension, as they promote “a Critical Thinking Online course,” cite this fundamental priority: “Leverage technologies, including VR and AI to develop tools in support of better cognition and better decision making.” Sounds liberating, but this only becomes possible because “the ability to manipulate the human mind employing neurocognitive science techniques and tools is constantly and quickly increasing.”

Their message is simple: We must embrace a new generation of manipulation. “This complements the more traditional techniques of manipulation through information technology and information warfare, making the human increasingly targeted in the cognitive warfare.”

The NATO thinkers will object that their focus on this type of aggressive hyperreality is defensive. They have no intention to use it, only to combat adversaries who use it. But, as was the case in the Cold War arms race, there is a real enthusiasm for being the one with the most destructive force and the willingness to use it.

The North Atlantic Treaty Organization was created in 1949, in the aftermath of World War II, to contain the Soviet Union’s ambition to spread its influence in Eastern Europe — obtained thanks to the Potsdam Agreement — across the rest of Europe. In 1955 the Soviet Union responded to NATO’s integration of West Germany by forming the Warsaw Pact. This concretized what British Prime Minister Winston Churchill had once metaphorically described as the “iron curtain.”

After the dissolution of the Soviet Union in 1991, NATO’s raison d’être disappeared. Instead of assuming that Europe, no longer divided into two ideological camps, could focus on engaging in peaceful construction, the Western powers decided not only to maintain NATO but to use it to stretch the tentacles of the Western economy into Eastern Europe. That kept alive the spark that led to today’s new Cold War that still includes Russia.

But with China challenging Washington’s global hegemony, things get even more complicated, requiring NATO to react in an appropriate way. In such a geopolitical environment, there is obviously no other choice than to establish a new hegemony built on hyperreality.