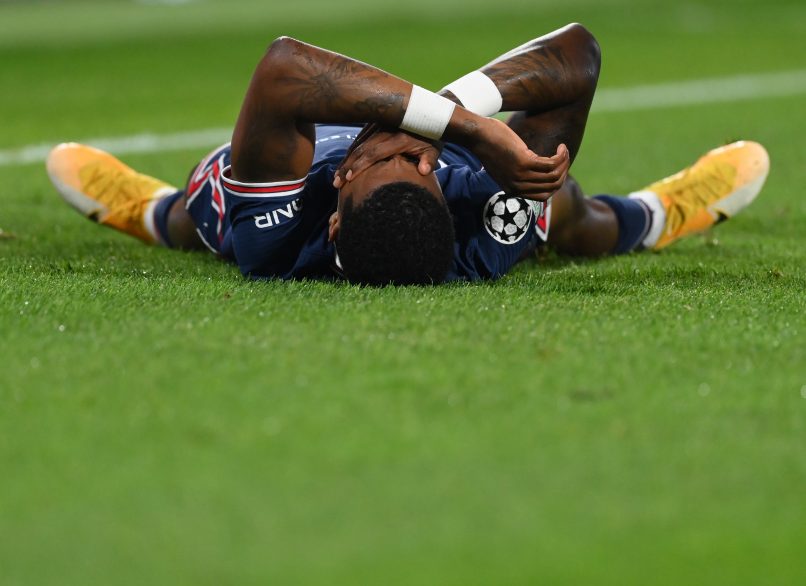 Speaking during his announcement of the France squad for the November internationals, Didier Deschamps has justified his inclusion of out-of-form defender Presnel Kimpembe.

His words transcribed in RMC Sport, the France manager acknowledged that the Paris Saint-Germain man was out of form, but that his drop in performances could be down to playing constantly.

“Presnel is not doing everything well. He’s one of those players who plays in every game. Maybe a bit too much, surely. When you’re at PSG, you have to win every match. So Pochettino puts out the team that allows him to get results. Kimpembe can have some spells which are not as good. He knows that he’s responsible for the penalty yesterday.”

“But he is also doing some very good things. For me, it’s a case of knowing in what situation he finds himself in. There are things he can improve, like all players. But because of what he is led to do, and what he’s done in the last few months, even last year, he can sometimes not be as good, and be responsible for fouls. Ideally all of that would be erased. I also look at the positive part – it’s more important than the negatives.”

“He still gets a bit carried away in some duels. He can avoid certain fouls and bookings, but he’s one of those defenders that likes going into challenges. It all depends on the area [of the pitch]… He still has some things to improve.”